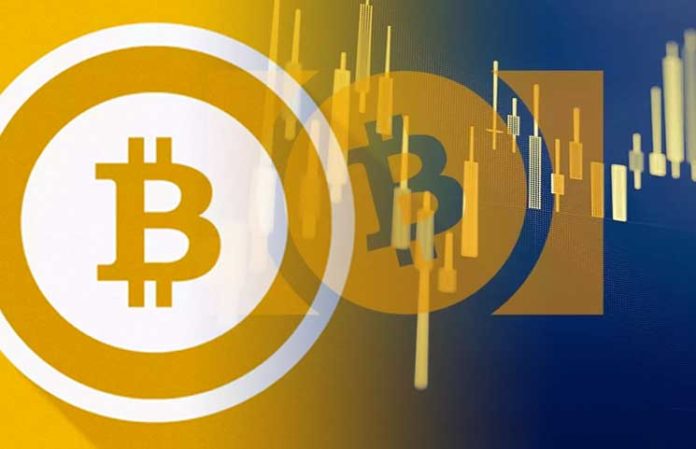 With bitcoin (BTC) back above $8,000 and set to accelerate higher, the last thing crypto needs is a fallout between the bitcoin developer and business community and the diehard Bitcoin Cash (BCH) believers.

Bitcoin fork BCH, whose supporters insist that it is truer to bitcoin’s original mission of digital cash, fears bitcoin people want to shut it out of merchant payments. All this as BCH continues to track bitcoin as does the rest of the market, maintaining the outperformance margin opened up at the beginning of April.

That performance difference, however, is unlikely to be because the market assesses BCH to be a better product than bitcoin.

Bitcoin is still king by a very wide margin

Far from it, judging by the network fundamentals of BCH vis a vis bitcoin.

Although Roger Ver, a vociferous supporter of BCH, is able to point to its low fees on the network compared to BTC, that’s not for a good reason.

Whichever way you cut it, be it transaction volume, hashrate, operating network nodes, bitcoin is still the king by some considerable margin.

Perhaps most dangerously for BCH, it is not very decentralised, with the secretive BTC top mining pool based in China recently accounting for more than 50% of the hashrate, although that has decreased now. At the end of April their was the case of an entity using the name “Satoshi Nakamoto” that had 40% of the hashrate.

BCH has made itself a six-monthly target for attackers

Then there’s the six-monthly schedule of upgrades which seem to have turned into an opportunity for attackers to make mischief. That’s what happened on 15 May, when a bug was exploited that led to empty blocks, 10 in all.

It didn’t end there.

On the same day it has been speculated that there was an aborted attempt by short sellers to crash the price, with 179,202 BCH or BAB (the ticker on Bitfinex for Bitcoin ABC aka Bitcoin Cash) borrowed on Bitfinex to take a leveraged short position. The build up in BCH borrowing was spotted by redditor frozen124.

It didn’t work out for the shorters as the price rose, but the timing was suspicious according to folks at coinspice.io who have been doing some digging around. The borrowing by the shorters took place 12 hours before the empty blocks attack.

Additionally, 110,000 that had been borrowed ended up not being used to take a position in the market, leading observers to surmise that whoever was behind the borrowing, was linked to the block attack and for some reason had decided against executing.

It was a costly miscalculation on their part because all that borrowing of BCH drove the interest rate demanded by the lenders to 30%, so the unallocated borrowing cost 79 BCH or $31,500 at the price at the time.

Someone’s got it in for BCH.

For those new to crypto, bitcoin.com is controlled by Roger Ver and stands accused by bitcoin people of deliberately confusing the difference between the one and only original and the BCH fork.

But let’s not take sides.

Nevertheless, the network attack and the apparent co-ordinated but half-cocked shorting effort may partly explain the timing of an incendiary broadside against the Bitcoin “maximalist” community in an op-ed published on bitcoin.com by Tomislav Dugandzic, described as an “independent bitcoin cash (BCH) user and currency speculator“.

Titled “Core vs Gavin – Bitcoin Payments Are Being Bulldozed for Political Reasons, Dugandzic is convinced that Bitcoin core are out to sabotage the way payments are processed for nefarious political reasons – a serious charge indeed.

At the centre of the brewing dispute is the Payments Protocol, which was some tidying done by Gavin Andresen and Mike Hearn in 2013 in the form of bitcoin improvement proposal 70 (BIP70).

The changes allowed a payer to be messaged by the receiver (merchant) and introduced code to specifically guard against “man in the middle” attacks where a bad actor gets between payer and receiver and inserts the fraudster’s address.

For merchants, the payment protocol removed the inefficiencies with, to take one example, paying refunds.

In a nutshell then, BIP70 makes handling payments more efficient for merchants and provides a better user experience for payers.

It turns out that not all wallets are supporting BIP70 but most major popular ones do including those for Bitcoin Cash.

BitPay, the largest bitcoin payment processor and a handler of both bitcoin and BCH payments, imlements payments protocol and it says it has reduced errors in payments by 98.6%.

So that’s all good. What’s the problem?

BitPay is what Dugandzic describes as a BCH-friendly payments processor and it is this that he claims lies behind a “political” move by bitcoin core ( which controls the official bitcoin website, bitcoin.org) to stymie the prospects for BCH adoption.

Bitcoin developers have deprecated BIP70, which is coders speak that it is being to be phased out.

Something of a war has broken out between those who want to keep BIP70 and others who want to revert to the earlier BIP21 for handling URIs (Uniform Resource Identifiers) and encoding of payment request information.

Samurai wallet is focused on by Dugandzic as an example of the anti BIP70 crowd as it came up in a video featuring Andreas Antonopoulos, who could be described as bitcoin royalty as the author of the seminal The Internet of Money.

Antonopoulos is what Dugandzic sees as a typical (as in political) “Bitcoin Core advocate”.

Here’s a quote from the op-ed, which provides a flavour of how these disputes quickly turn nasty:

For mere mortals these disputes can all seem arcane but unfortunately they are important tests of the maturity of the space regarding cooperation on standards and resolving disagreements over competing technology solutions in the absence of an industry policeman.

The way these issues are fought out does nothing to help crypto adoption, be it bitcoin, one of its forks or one of the myriad other competing crypto projects.

Those critical of BIP70 seem to be suggesting that it cedes too much power to the likes of BitPay, which some presumably think is too closely aligned with the BCH camp.

Confusion in the marketplace and at the level of users actually trying to buy stuff with bitcoin and Bitcoin Cash, is no good for anyyone.

The BCH price may well continue to outperform bitcoin and even catch up on the former’s market cap, as it briefly seemed to be closing in on flippening BTC in November 2017.

But as BCH continues to motor, up 17% today at $425 it will be doing so probably more because of brand association with bitcoin rather than because of its technological superiority or, for that matter, the vitriol its supporters (and to be fair its detractors too) trade in.

Bitcoin has some weak points, like scaling. But governance and general inter-coin relations and its breakdown – which is how Bitcoin Cash came into being in the first place and then Bitcoin SV – is a headache for the crypto ecosystem, not just bitcoin or BCH, and it shows no signs of going away.