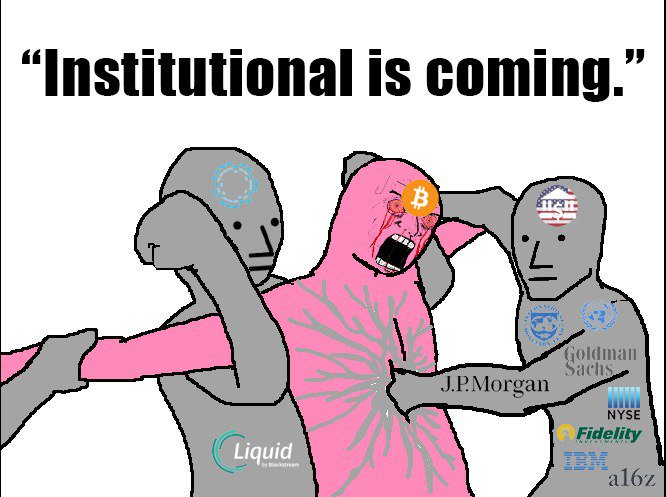 Today we begin with three questions: Is Blockstream building solutions such as Liquid which rely on the government for protection of the fulfillment of contracts?

Is Blockstream intentionally crippling the throughput on the base layer so that most traffic has to go through their second for profitability?

The case of Blockstream

There is nothing to be taken away from Blockstream. Thing is, Blockstream can be commended for their wonderful and as a “global leader in Bitcoin and blockchain technology whose products and services form the foundations for the financial infrastructure of the future”. They have developers in their payroll and after receiving $151 million, commentators argue that the company is out to mint money to pay back the investors. Therefore, their recent announcement of Liquid Network, a layer two solution, is noteworthy.

Of Liquid network and “speed”

Blockstream describes Liquid Network as an

“Inter-exchange settlement network linking together cryptocurrency exchanges and institutions around the world, enabling faster Bitcoin transactions and the issuance of digital assets”.

What this means is that with Liquid Network, Blockstream development team acknowledge that Bitcoin though the most valuable and dominant coin in the sphere is highly illiquid, slow and there is a need to overcome the technical and market dynamics hampering its performance as a remittance and cross border solution.

This dip in performance is mostly because of the high latency time and the simple fact is that Bitcoin is tied to several exchanges and brokerage environments. Add this to privacy needs and the cost of transaction becomes high spikes and become illiquid especially for those who need to move in local currencies. Therefore, in an attempt to circumvent this obvious weakness, participants try other means but in the process introduce other weaknesses which are point of failures.

Liquid Network Functionaries, Is this Centralization?

Therefore, the team behind Blockstream is coming up with a quick fix: take out a large chunk of Bitcoin transactions off the main chain and settle them in a second layer by introducing a trust network in Liquid. Liquid Network is not full decentralized and depends on trust.

In fact in this new arrangement, the network shall appoint a fixed number of trusted institutions—Functionaries, to validate and later transfer this chunk of Bitcoin transactions back to the main chain. Basically, a Functionary acts as inter-banks in a normal banking set up because all they do is pool and redistribute liquidity while acting as payment gateways.

What’s worse? Well, these Functionaries are exchanges who the community doesn’t really trust. This is the full list of exchanges and other institutions participating in Liquid (from Blockstream’s press release):

“If there’s one thing our traders need, it is speed. Liquid delivers that in spades. Liquid’s instant settlements will allow our traders to achieve faster Bitcoin deposits and withdrawals, more efficient arbitrage, and even better pricing through tighter spreads”

Reasons why Bitcoin Community is against Liquid Network

But, this is where the problem is:

Zaif was recently hacked, BitMex has been accused of trading against their customers, BitFinex is just another story—wash trading, USDT debacle and OKCoin accused of wash trading. And all of them are centralized exchanges.

Here’s what one Reddit commentator had to say about this arrangement:

“The exchanges are points of failure who bear responsibility, and Liquid is a trust based network, so effectively BS shifts power to the authorities since a much bigger percentage of the coins will be held by them out of convenience – see what BS announced: “The high latency of the public Bitcoin network requires Bitcoin to be tied up in multiple exchange and brokerage environments, while its limited privacy adds to the costs of operation.”

Besides, by creating a network of “strong Federation of Luminaries” they are intentionally starving miners off their network fee further discouraging miner participation weakening the network in the process.

There again there is a potential conflict of interest. Blockstream is Bitcoin’s custodian and are creating a solution that doesn’t promote the development of the main chain throughput.

Do you think Liquid Network will be successful?