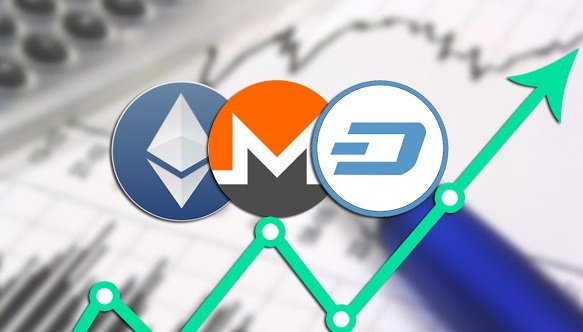 Bitcoin to be Dethroned? Dash, Ethereum and Monero Show Their Sides

Coins that are known for their privacy like Dash and Monero are on their best moments right now, as the price rally that is paired with their tokens is exciting new and older users about their very special functionalities – what Bitcoin is lacking – for now at least.

On Nov 23, DASH flew past and over Litecoin and took the fifth place easily with a strong $4.3 billion market cap [as per time of the writing]. Currently it is settling just below its new all time-high around $564.98. The same very welcoming luck struck Monero – the seventh virtual currency ranked by market capitalization, tearing down its previous all time record price of $152 as right now it is paired with USD at around $162.

These prices don’t surprise long-time proponents of these privacy coins, but they do bode well for continued adoption of the cryptocoins in question.

Surely, in Monero and Dash, many users are attracted their cash-like fungibility, which is — as Litecoin creator Charlie Lee recently noted — the “only feature of good money that Bitcoin/Litecoin is missing.”

This level of privacy is attractive for many reasons, obviously.

But it’s also unquestionably become a rallying cause for some of the more anarchic elements of the crypto space who have been getting antsy about the public nature of the Bitcoin ledger.

To explain it, lets take for example with the United States’ IRS [Internal Revenue Service] just now taking in the services of blockchain detective firm Chainanalysis, it is obviously indicating that – they want their due and it is willing to go very far to get it.

That kind of dynamic is why a just released Europol report is pointing out that cybercriminals have started to move from the #1 of the crypto-pack [BTC] to Monero in a great flux.

And not that these privacy coins are only surging because of crime. Quite the opposite — they’re extremely attractive payment currencies. Consider Dash’s new 2MB block size upgrade and its instant transactions, for example.

Keeping in mind that Bitcoin does have privacy solutions –  on the horizon to be seen – [for example, Confidential Transactions], Dash and Monero are clearing out private transaction as per the moment and doing it quite well.

On the other hand, the second following Bitcoin – Ethereum, is on a surge rocketing its price upwards with a strong 9.63 percent gain in the last 24-hours reaching to $461.45. With all the news and long-term plans that are put on table by V. Buterin and the team developers, it is not surprising to see such an increase in a short period of time for ETH/USD. [Weekly chart below] 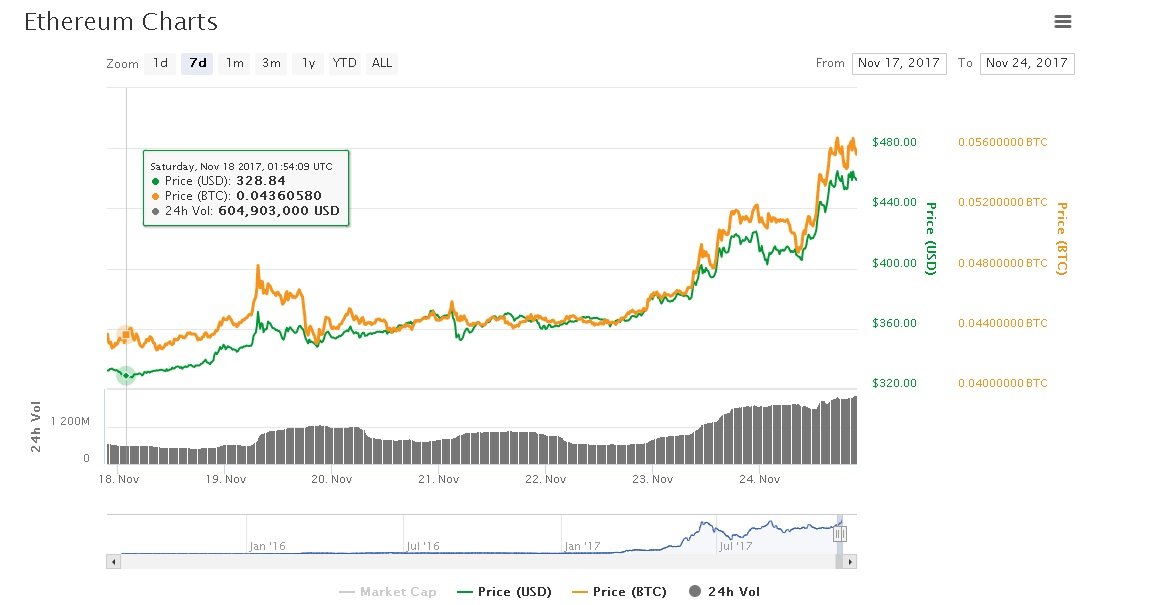