Cryptocurrency markets have been rather static for the past few weeks. Total capitalization has been stuck in a channel hovering around $220 billion for around three weeks. That all changed a few hours ago when markets crashed again as they lost almost 7% in a couple of hours. 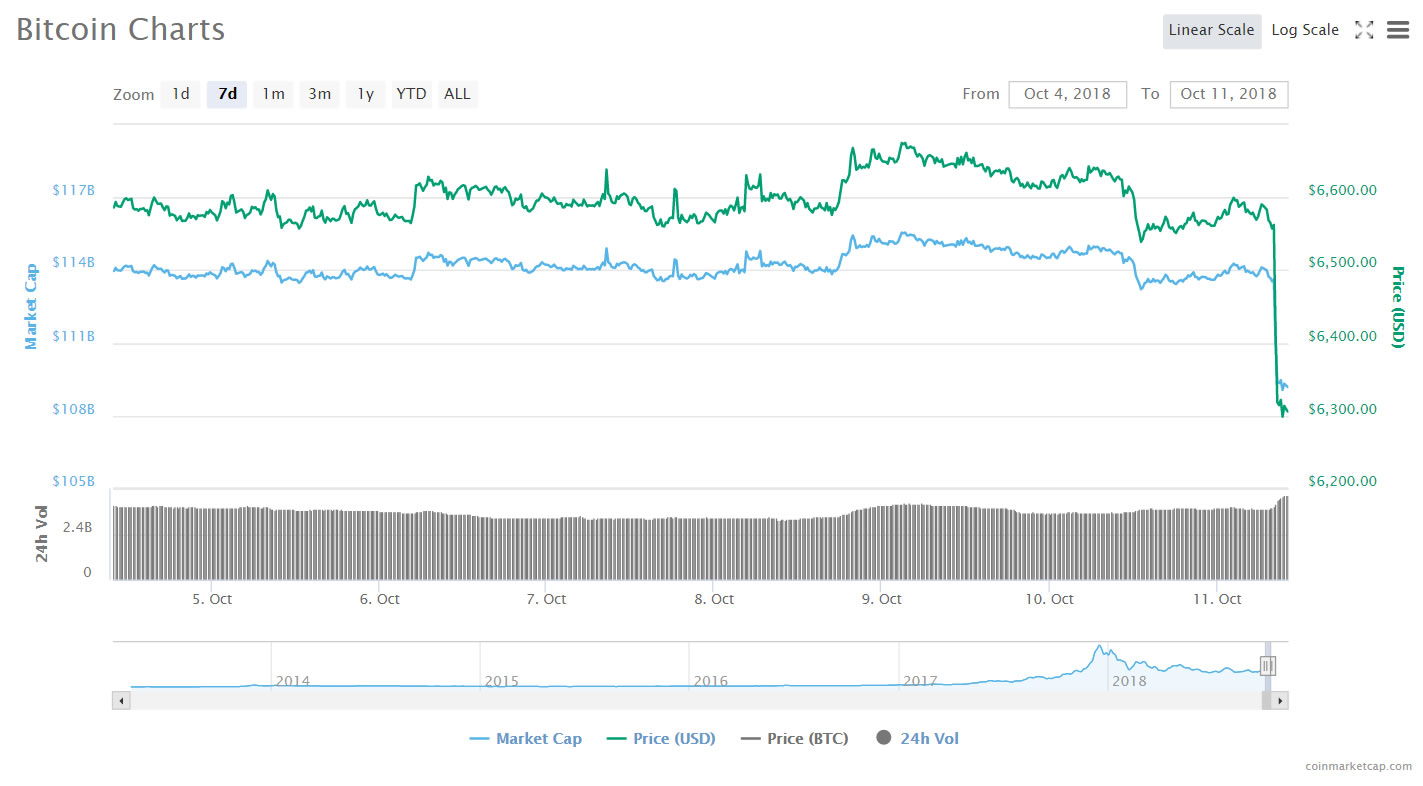 Bitcoin has dropped by 5% on the day which has caused a cascade effect across the entire crypto market. At 01.09 UTC Bitcoin started its fall, dropping through a previous support level of $6,550 and shedding $244 in just 30 minutes. The decline slowed there but Bitcoin continued downwards to reach $6,305 at the time of writing. It has now fallen back to mid-September levels dragging the entire market down with it.

Ethereum, which has been on the floor for the past month, fell even harder with a 9% crunch to $206. This is the lowest level ETH has been since July 2017, barring its recent crash down to $170. There have been hopes that the markets had reached their bottoms but those were all quashed a couple of hours ago. At the moment crypto markets are not far away from their 2018 low of $187 billion which came last month.

All of the altcoins crashed in unison in a pattern repeated countless times this year. At the time of writing Bitcoin Cash has dropped 11% to fall to $458 while XRP is down 9.7% to trade at $0.428. Stellar, Litecoin and Cardano have all lost over 8% in the past few hours.

Tron, Iota and Nem are all down over 9% right now and Neo and VeChain are losing more than 8%. A recently well performing altcoin, Maker, has crashed 14% during this nosedive. There are no cryptocurrencies in the top thirty that are even close to making any gains. The only one in the green right now is Aeternity at 31st place which is up 7.7% to $1.19.

Around $14 billion has been lost from the crypto space over the past couple of hours. It is currently the Asian trading time and big selloffs are occurring in South Korea and Japan. The reason for this latest dump has yet to be revealed however after such a long period of inactivity it was inevitable.