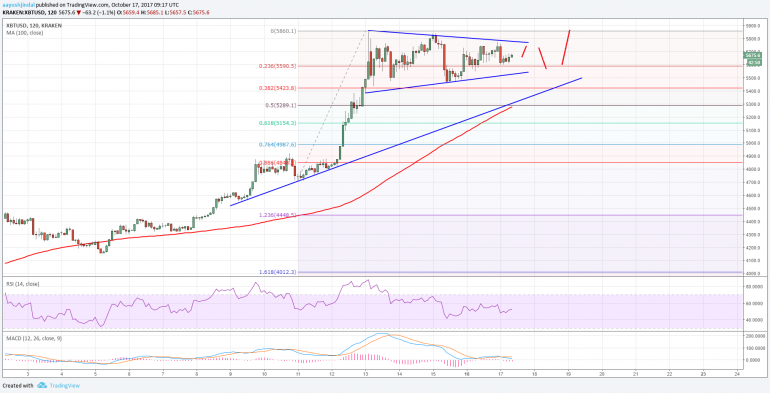 Bitcoin price is trading in a range above $5500 against the US Dollar. BTC/USD has to break $5800 to gain upward momentum in the near term.

The past few sessions were mostly ranging for bitcoin price below $5800 against the US Dollar. The price after failing twice to break the $5900 resistance started a short-term correction with mostly ranging moves. 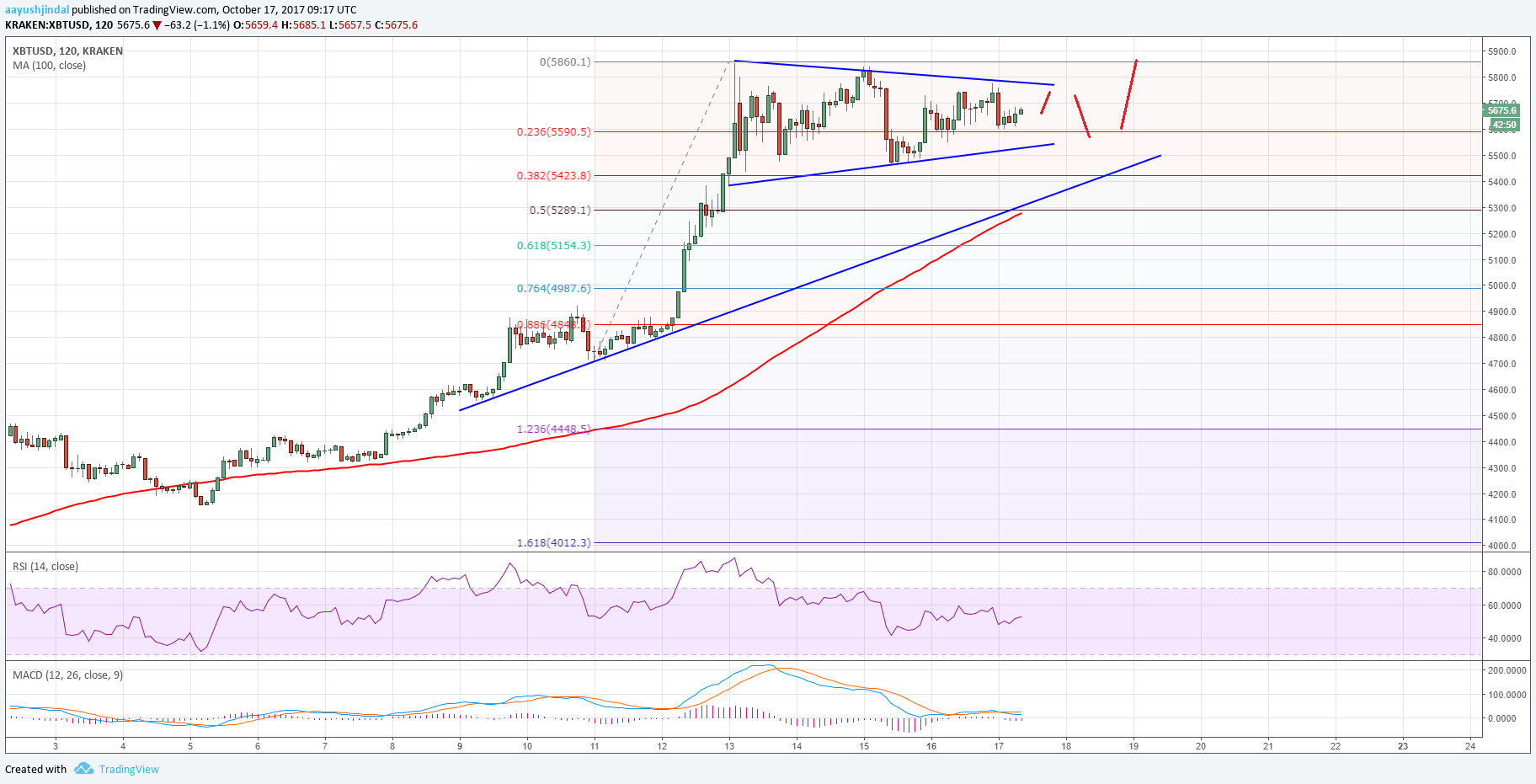 It seems like there is a contracting triangle forming with support at $5520 on the 2-hour chart of BTC/USD. Below the triangle support, the 38.2% Fibonacci retracement level of the last wave from the $4700 low to $5860 high at $5423 is the next major support.

Furthermore, there is a crucial connecting bullish trend line forming with support at $5420. The same trend line is positioned near the 100 simple moving average (2-hour). Therefore, there are many supports on the downside starting with $5500 up to $5400.

In the short term, BTC/USD will most likely trade in a range below $5800.