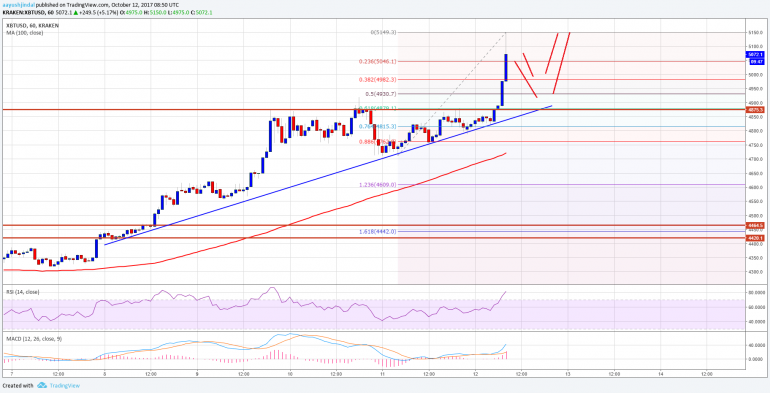 In yesterday’s analysis, I mentioned the chances of bitcoin price moving above the $4900 level against the US Dollar. The price did break the $4900 level and even surpassed the $5000 handle.

The best part was a break of the last all-time high as a new high was formed at $5149 from where the price started correcting lower. An initial support is around the 23.6% Fibonacci retracement level of the last wave from the $4715 low to $5149 high. 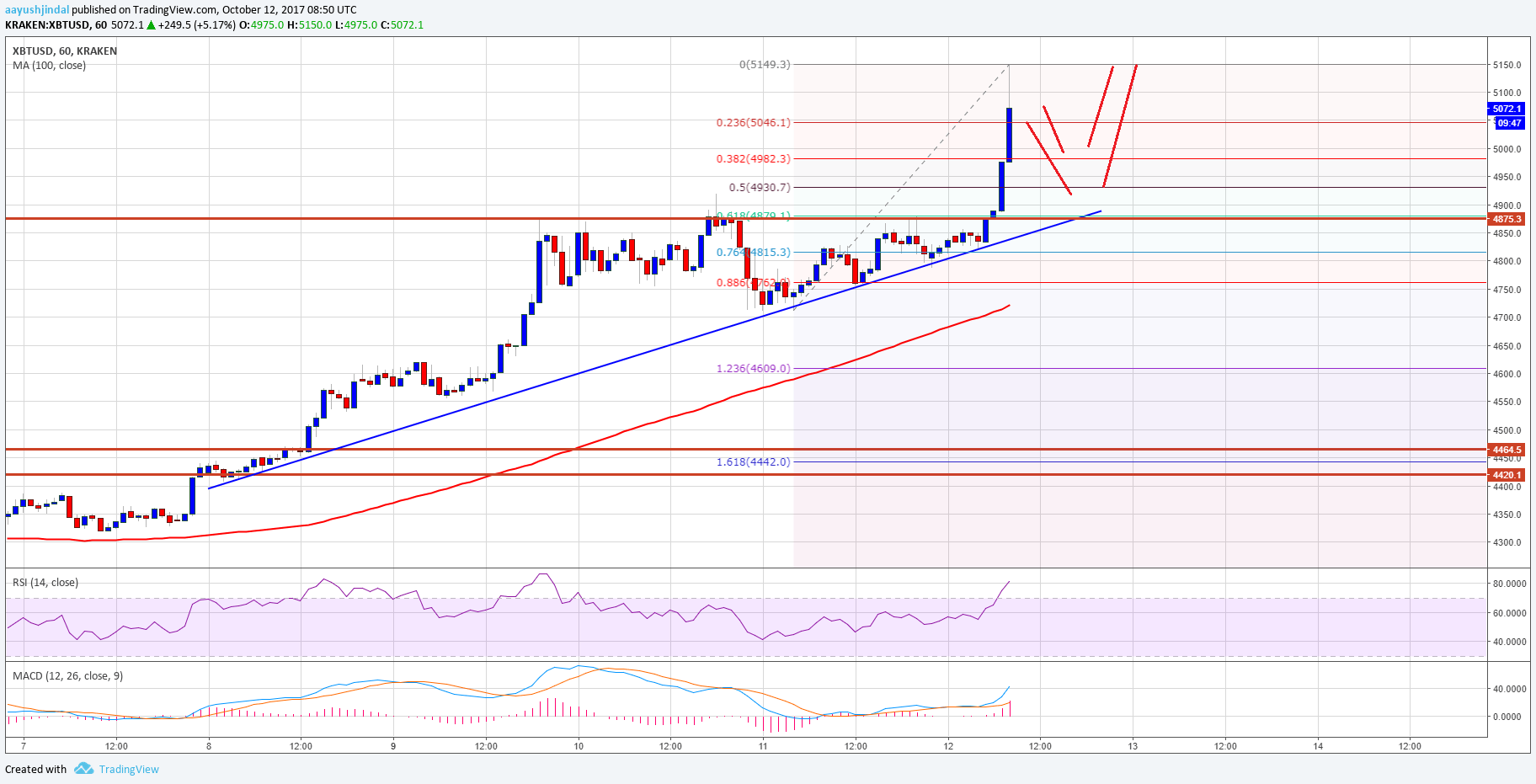 More importantly, yesterday’s highlighted key bullish trend line with current support at $4880 on the hourly chart of BTC/USD (data feed by Kraken) might continue to play a major role for buyers in the near term.

Further below $5040, the 50% Fibonacci retracement level of the last wave from the $4715 low to $5149 high is at $4930 to act as a key support. Any more downsides could take the price towards last major resistance near $4875, which has turned into a crucial support.

The current price action is very positive and suggesting a strong bullish bias formation above $4880. As long as the price remains above the trend line support and $4875, there can be at least a retest of $5150.

Above $5150, the price could approach $5240, which is the fib extension of the last wave. The hourly RSI for BTC/USD has reached the extreme overbought levels near 82. It means there can be a short-term correction towards $5040 or even $4900 before the price resumes its uptrend.