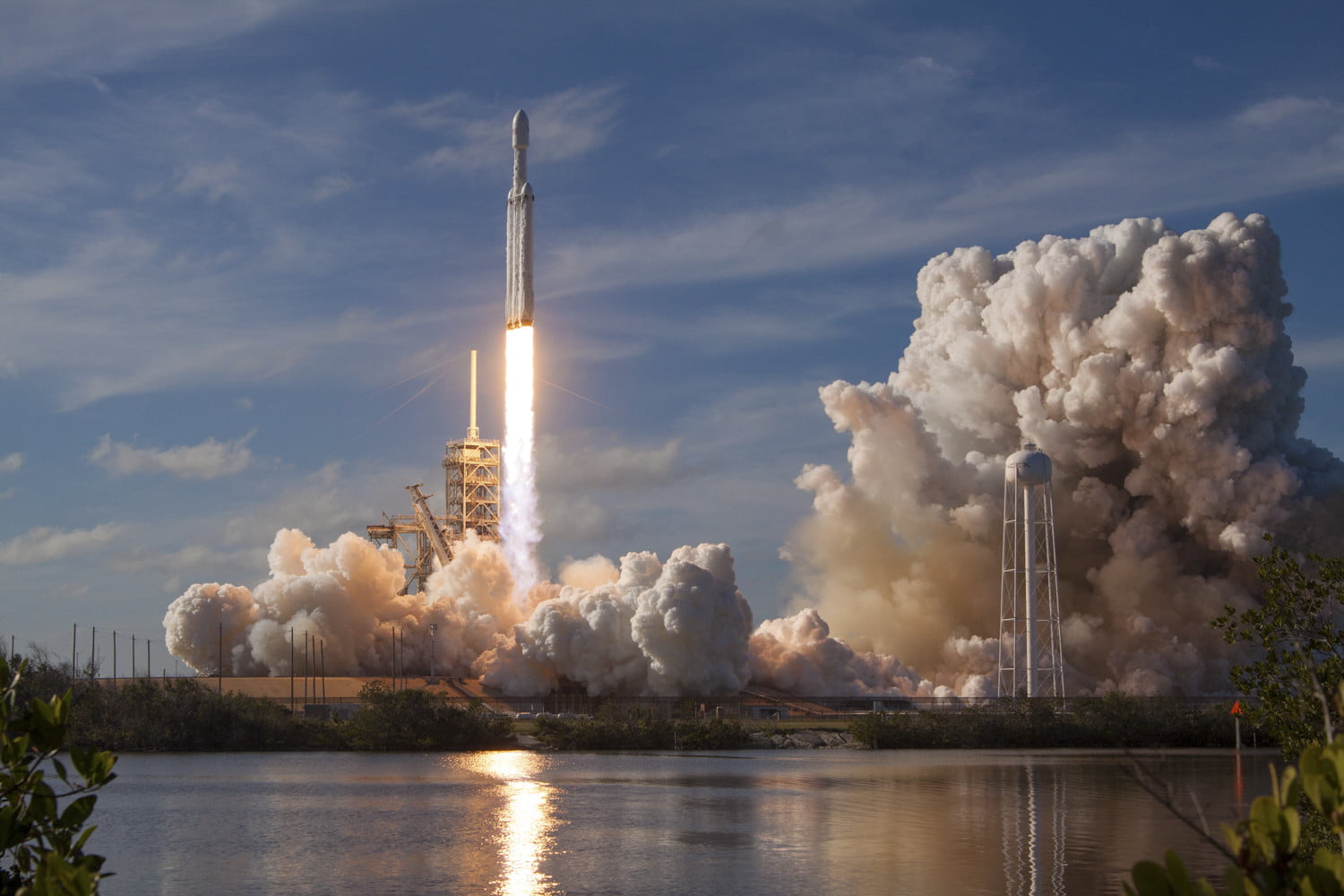 A convergence of bullish news flow has helped to lift bitcoin back above $4,000.

On Bitfinex, where the price tends to trade at a premium partly because of the heavy margin trading at the venue, the BTC price has hit $4,178, jumping $250 in short order, for a 7% gain.

On Coinmarketcap 24-hour trading volumes in BTCUSD stands at a healthy $5.5 billion.

Chris Burniske from VC firm placeholder tweeted yesterday that the mainstream had forgotten about bitcoin but he took that as a good sign.

Explaining his view he tweeted: ”

I don’t say this to dishearten us. Quite the opposite. We remain in the “installation phase” of #crypto  where the primary users are developers & investors. There is so much left to build and promise to be realized, which is massively exciting!

And Burniske reproduced the lifecycle graphic below as evidence of the promise yet to come [Bitcoin whitepaper was of course in 2008 not 2009]: 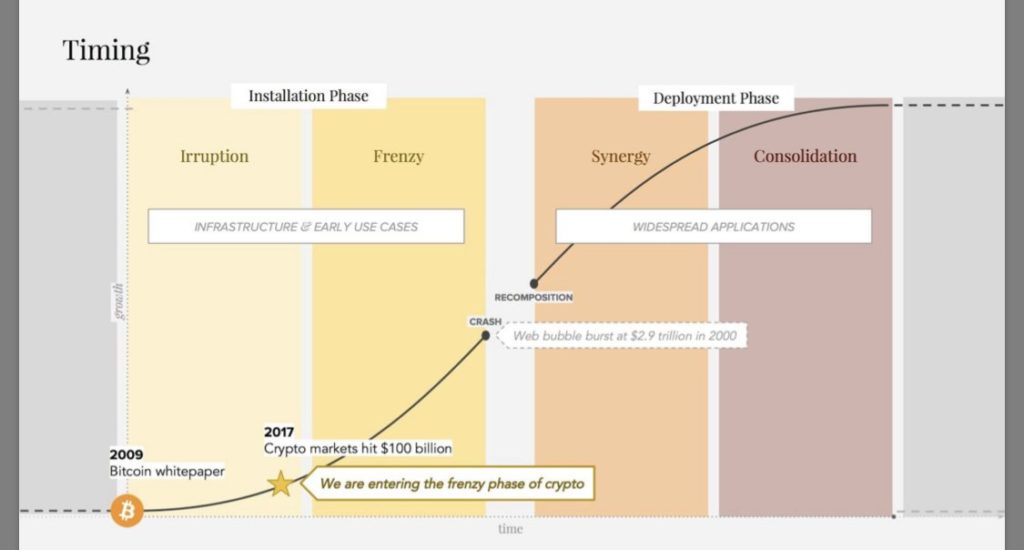 Get on the right end of the spear

Elsewhere, Clem Chambers the chief executive of global private investor network ADVFN told the UK’s Evening Standard newspaper yesterday that he was expecting the price to “boom again in a year”.

He was probably hedging a bit there as it may indeed take some time for the retail market to pick up again after the pain of the bubble bursting. However, he went on to reignite FOMO with his assessment that investors need to make sure they “don’t have the wrong positioning” .

“Bitcoin will boom again in a year and blockchain/cryptocurrencies and other applications will define the next 25 years in the same way as online/dotcom has defined the last 25,” Chambers claimed.

“Bitcoin is the tip of the spear and the tip of the iceberg. In both cases you want to be at the right end of it and you don’t want to have the wrong positioning as it emerges.”

Chambers is also the chief executive of Online Blockchain which is listed on the UK’s Alternative Investment Market and has built a number of blockchain products, the best known of which is plusone, a “social media” utility token that powers the ADVFN network’s comment platform. It only trades on minor exchanges but its price has appreciated since launch, unlike most altcoins.

At an evening gathering for potential and existing investors in Online Blockchain held last year and attended by the author, Chambers said he would be accumulating BTC at $5k and under, and would be “loading up” if the price fell to $2k.

The tokenisation wave and institutional investors

Many crypto analysts expect the next uplift for crypto to be spurred on by institutional investors.

In that regard, the hopes for Bakkt were reinvigorated by the news that it has pulled in $182.5 million from investors in its first fund raise. This comes despite delays in the launch of its physical bitcoin futures product due to the ongoing US government shut down.

The positive reception to the launch of the DX Exchange by mainstream financial media outlets, in particular Bloomberg, may also have helped general sentiment .

DX is tokenising tech stocks and is the latest indication of what could be a major trend in crypto this year, as reported by Ethereum World News in November.

The South China Morning Post (SCMP) also reported on  a number of firms positioning to deploy tokenisation to shake-up the venture capital sector.

Ciarán Hynes, the managing director of Boston-based Cosimo Ventures, is aiming to raise $20 million for its Cosimo X crypto fund which will invest in four of five tech startups.  The security tokens it issues will give investors a direct stake in the firms it invests in and a claim to the returns when exit is achieved.

Hynes told SCMP: “Blockchain is disrupting and turning venture capital model on its head. The liquidity options from a security token venture fund is more attractive than what has been available under the traditional venture capital fund.”

So even if the institutional on ramps appear stalled on the ETF and Bakkt front, progress is still being made in ways that will attract high net worth and institutional funds.

We all love Crypto Mom

Also worthy of note was coverage by the Wall Street Journal of the US Securities and Exchange Commission’s Hester Pierce who has become known as Crypto Mom because of her crypto-friendly stance.

Peirce drew attention for her dissenting opinion on the decision to reject the bitcoin ETF proposal from the Winklevoss Twins.

Ms. Peirce, who doesn’t have children, has embraced her new nickname and recently told a group in San Francisco that she would be a “free-range mother,” while the SEC was a “helicopter mom” trying to protect the population from investments that look too exotic or risky.

With just five commissioners on the SEC, Peirce although taking minority positions for now, is influential on the Republican side of US politics. That’s partly as a result of her editing a book critiquing the Dodd-Frank regulations introduced after the 2008 financial crisis under the Obama administration.

Peirce has a libertarian perspective on economics, which some might say she inherited from her father, an economics professor at Case Western Reserve University (where his daughter earned her degree in economics) who ran for the governorship of Ohio on the libertarian ticket back in 2006. 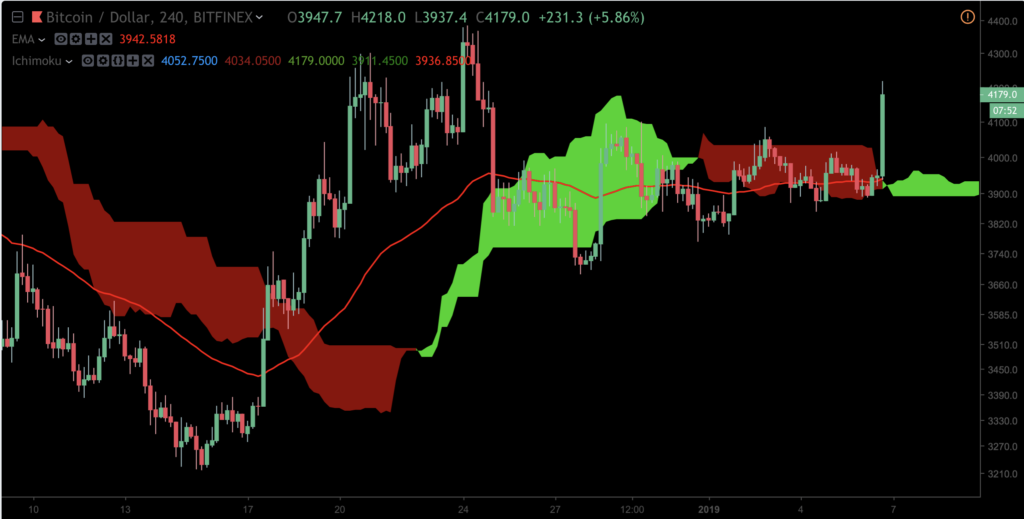