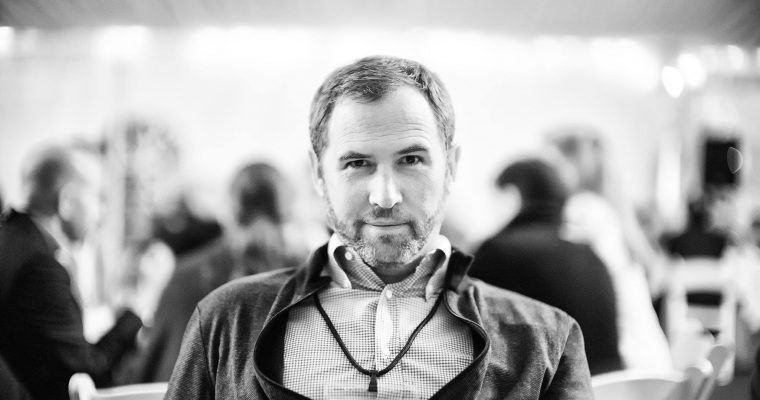 The Momentum of the Ripple (XRP) project and coin continues to build with Brad Garlinghouse (Ripple’s CEO) giving an exclusive interview to CNBC just yesterday. In the interview, Mr. Garlinghouse confirmed what we all knew that Bitcoin’s trend in the crypto-market, affects all the other tokens and coins and that BTC might be on its way out in terms of dominance over the price of other crypto.

He is quoted as saying the following with respect to BTC and its effects on the price of XRP:

There’s a very high correlation between the price of XRP and the price of bitcoin, but ultimately these are independent open-sourced technologies.

He also expressed hope that the market market will become more rational and behave in a manner that reflects the solid crypto projects rather than speculation:

It’s early, over time you’ll see a more rational market and behaviors that reflect that.

When asked about the volatility of the crypto-market, Mr. Garlinghouse would give the following response:

It’s still a nascent industry, the speculation in the market dominates the trading activity. I think it’s a matter of time until people better understand the different use cases.There’s gonna be a bit of a correction along the way here where a lot of the players in the space that don’t actually solve a real problem are going to get washed out.

It is with Mr. Garlinghouse’s last remarks that it is safe to conclude that the future of the crypto-verse, belongs to the projects and cryptocurrencies that solve real life problems on the blockchain. Ripple is currently doing just that by facilitating the fast, frictionless transfer of payments across borders through its different technologies of xRapid, xCurrent, xVia and RippleNet.

Current market analysis indicate that Ripple is still being affected by the currently volatile market instigated by a weak BTC. This is proof of Mr. Garlinghouse’s earlier statements with XRP trading at $0.61 and down 0.39% in 24 hours.

However, the trend of Bitcoin being the King of Crypto has been predicted to fall with time by other leaders in the space. This process has been refereed to as the flippening of Bitcoin with Ethereum being the most likely candidate of doing this followed by Bitcoin Cash. These were the predictions of well known Bitcoin Crusader, Roger Ver: also known as ‘Bitcoin Jesus’.