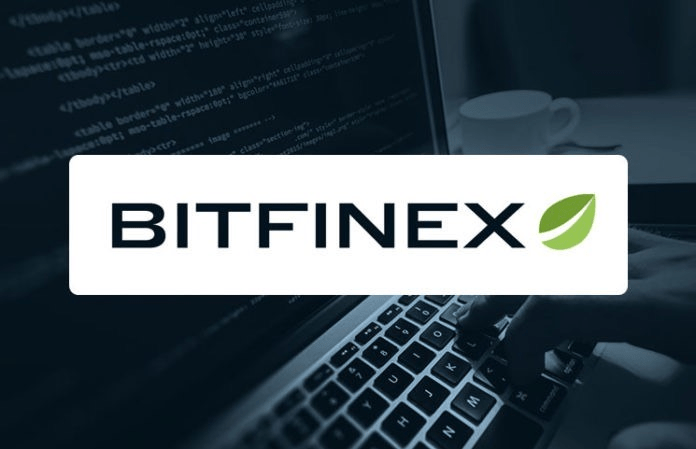 Bitfinex is a cryptocurrency exchange that is registered in the British Virgin Islands. The choice of location for the popular exchange is strategic for tax purposes. The British Virgin Islands are known to be tax havens for corporations that want to keep as much of their profits as possible. This is why some users were surprised when the exchange sent them emails informing them that they would be requiring their tax information in a new KYC (Know Your Customer) requirement that will be complying with a new law in the British Islands.

Below is the email screenshot courtesy of news.bitcoin.com: 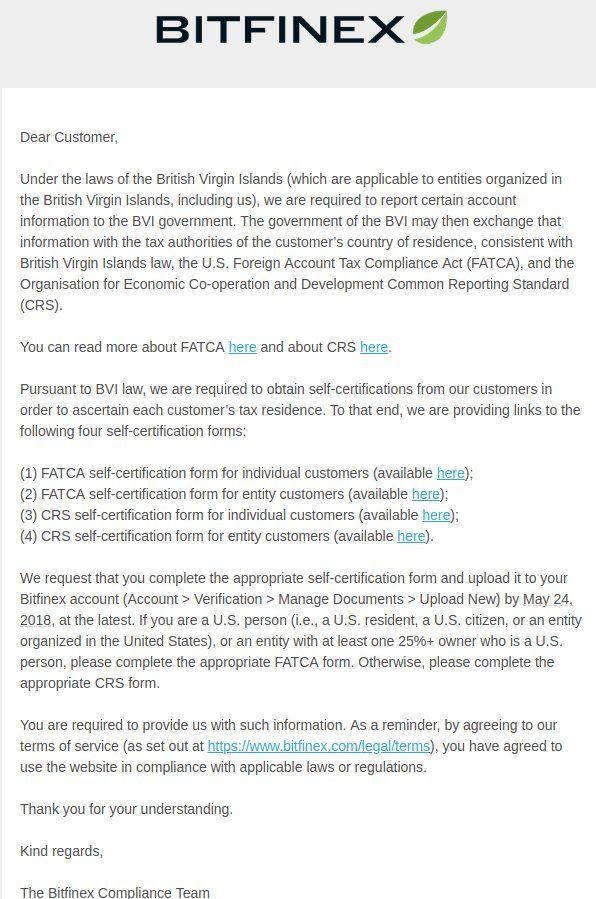 Upon closer scrutiny of the announcement, one finds out that they are doing this to comply with British Virgin Islands law, the U.S Foreign Account Tax Compliance Act (FATCA) and the Organization for Economic Co-operation and Development Common Reporting Standard (CRS).

This means that the IRS of the United States are extending their reach on the cryptocurrency trading done on Bitfinex by Americans operating in IRS jurisdictions. Therefore, there are three options for those affected by the announcement:

Bitifinex had announced intentions to relocate its business to Zug, Switzerland. Perhaps with this move, the need to declare tax information will disappear in an instant. The country is also known as a tax haven that values the anonymity of banking and business entities that wish to register in the country. This is why we find lots of wealthy foreigners opting to open bank accounts in Switzerland or even relocating there permanently.

In conclusion, the US Authorities are extending their reach in terms of tax related issues. At the same time, Bitfinex users still have options as well as the exchange itself when considering the move to Switzerland.