Bitmain has attained approximately 42 percent control of the Bitcoin network hashrate. This figure brings the company tantalizingly close to 51 percent mark where things could get interesting. Bitmain is the biggest manufacturer of BTC mining hardware, and they also own the largest Bitcoin mining pools in the market.

According to the figures released by BTC.com, Bitmain’s mining pools continue to dominate the network hashrate. The company owns the BTC.com and AntPool mining pools. During this past week, BTC.com and AntPool found 27.2 percent and 14.6 percent of all Bitcoin blocks. Thus, Bitmain effectively controlled 42 percent of the network hashrate in the last week.

Perhaps even more profound is the fact that Bitmain doesn’t utilize all of its hashpower BTC mining. The company also mines Bitcoin Cash, the most popular BTC fork. Both BTC and BCH use the same proof of work (PoW) algorithm. Thus, the same mining hardware can be used to mine both. However, one miner cannot mine both cryptocurrencies simultaneously. As a result, Bitmain shares its hashpower between both networks.

In the previous seven days, BTC.com and AntPool controlled 10.4 percent and 10.6 percent respectively, of the BCH hashrate. This means that Bitmain found approximately 21 percent of all Bitcoin Cash blocks discovered in the last one week.

Assuming the company decided to apply all of its mining resources to the BTC network, its control of the blockchain’s hashrate would increase. This increase, however, wouldn’t be linear since the mining difficulty in BTC exceeds that of BCH by over 70 percent. Thus, only an additional three percent would be added to Bitmain’s control if it stopped sharing its hashpower between BTC and BCH, focusing only on Bitcoin. By so doing, Bitmain would control 45 percent of BTC’s network hashrate. 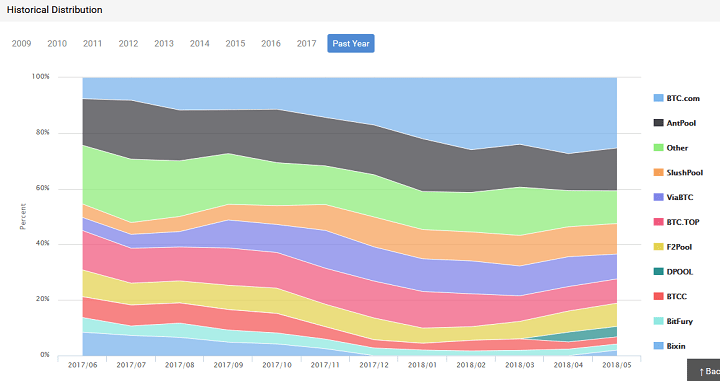 Bitmain controlling 51 percent of the BTC network hashrate has profound implications for the immutability of the cryptocurrency’s ledger. 51 percent control of a blockchain network, in theory, would enable the company to carry out double-spend attacks thus compromising the integrity of BTC transactions. Bitmain is unlikely to have any incentive to engage in such activities, but cybercriminals could hack the company and commandeer their operations.

To forestall such an occurrence, the company has always operated in small divisions with some pools having a semblance of independence from the company. For example, BTC.com is somewhat independent of Bitmain even though the company owns the BTC.com platform.

Despite the steady decline in BTC prices since the start of the year, the network hashrate has moved in the other direction. In fact, BTC mining hash rate has tripled since December 2017, while the price of Bitcoin has dropped to approximately a third of its value within the same period. 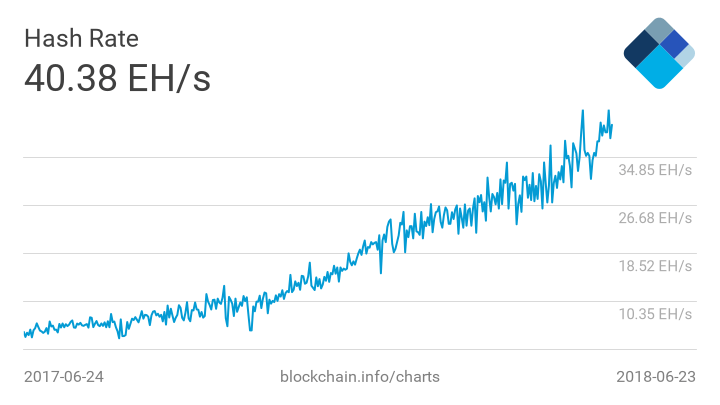 With the drop in prices and the increasing hashrate, it is currently more difficult to mine Bitcoin than it was in December 2017. For smaller mining operations, the price drop is a significant problem that could render them unable to continue the business. If they close up shop and new miners don’t enter the market, there is the possibility of Bitmain grabbing control of a much larger share of the hashrate. Since Bitmain manufactures its hardware, it can most likely survive for much longer even in the face of increasing mining difficulty and reducing prices. 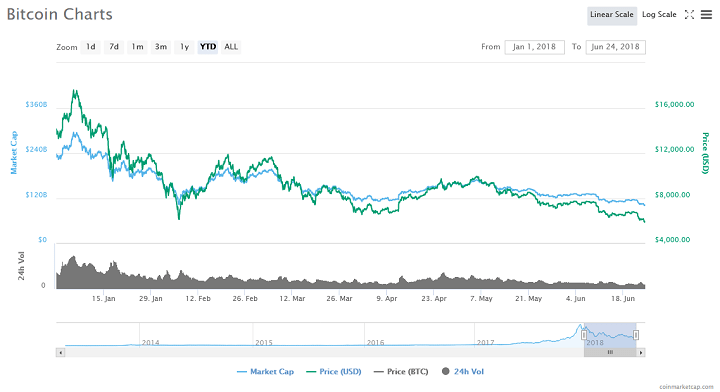 Bitcoin is currently down to its lowest level since the start of 2018. BTC prices fell below $6,000 for the first time in 2018 as the top-ranked crypto continues to struggle.

Should Bitcoin enthusiasts be concerned about a possible 51 percent control of the blockchain’s hashrate by Bitmain? Will the increasing hashrate and declining price levels force miners to quit? Let us know your views in the comment section below.