Bitmain is Now One of The 21 EOS Block Producers

Bitmain, the controversial company specialized in crypto mining created by Jihan Wu has added a new achievement to its successful history: The team is now one of the 21 block producers of the EOS blockchain.

The Chinese company is known for virtually dominating the ASICS market. With very little competition, Antminers are undoubtedly the kings of the business.

In addition to dominating the mining hardware market, Bitmain also rules mining activity itself. Many of its equipments are put to work on a profit-making basis which directly goes to them.

At this moment, Bitmain runs AntPool, one of the world’s leading BTC and BCH mining pools with 15% of the total BTC hashing power. Also, BTC.com, another subsidiary of Bitmain, controls nearly 23% of the total mining power. If to this we add that Bitmain also holds stakes in ViaBTC (which controls around 10% of BTC hashing power) having invested over 3 million dollars on that pool, there is a general opinion among analysts that Bitmain controls almost half of the mining power of BTC hash rate, having the capacity to carry out a 51% attack on the network if they considered it convenient. 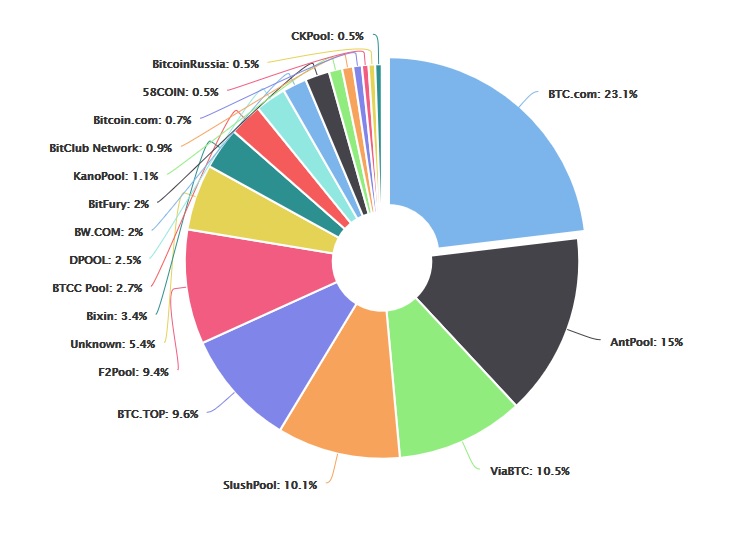 Jihan Wu and other advocates reject such accusations. They argue that it would be illogical to carry out such a task because of the economic losses this would represent.

However, the world of cryptocurrency is an extremely lucrative business, and Bitmain does not seem to settle with BTC and BCH. A few hours ago they tweeted they got enough votes to be one of the 21 EOS Block Producers.

🎉🎉🎉
EosAntPool https://t.co/0nLuAsxhKN has become one of the 21 #EOS block producers. Thanks so much for all your support, vote and trust. EosAntPool will keep working on #EOS community development and construction. Let's rebuild the world together. https://t.co/nTkoEDgjOW pic.twitter.com/xHcj6ZyHcw

This would allow EOSAntPool to participate in the processes of block forging and elections in the network with considerable -yet not as widespread- power as that which they possess over the BCH and BTC network.

According to the information provided by EOSAntPool, they have now received more than 51,000 votes, which would generate a daily reward of 840 EOS. This translates into an average profit of 7,467 USD, based on the value of the EOS token at the time of writing ($8.89).

Having now a stake in EOS, Bitmain would put an amount of $2.7 million a year into their pockets, which would represent approximately 1% of their total annual earnings by comparing the results to last year’s profits and counting on consistent EOS token prices.

Similarly, another of the controversial block producers is Bitfinex. The Exchange, which has recently been the target of several scandals accusing it of using USDT (a stablecoin created by the same team) to manipulate the cryptomarket, is currently the largest block producer in the network with a total reward of 1020 EOS per day.