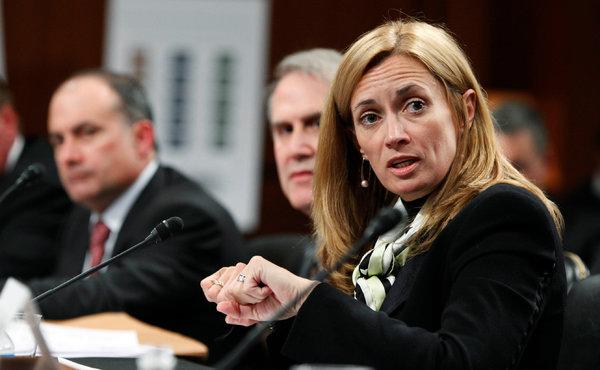 One of the well-known women in the cryptocurrency industry, Blythe Masters, recently resigned as CEO of Digital Asset, citing personal reasons.

CEO Steps Down After Three Years At the Helm

According to a press release published December 18, the decentralized ledger technology provider, Digital Asset, recently announced that Blythe Masters stepped down as CEO of the company after serving the position for three years. The blockchain company also stated that Masters’ action was due to personal reasons.

In a note sent to employees of Digital Asset on Tuesday (December 18th), Masters acknowledged that working at the company was priceless, but family commitments took precedence.

With Masters’ departure, AG Gangadhar, one of Digital Asset’s Board of Directors since April, is the new Board Chairman. Also, AG is temporarily serving as the CEO pending a permanent replacement.

Blythe Masters stated that the blockchain company had grown and expanded to operate as a worldwide technology firm. The ex-CEO also showered praises on AG, saying:

We are fortunate to have a deep bench of accomplished executives on the management team and Board, including AG, who have the requisite experience to take the company to the next level. Having come to know and trust AG as an advisor and Board member, I am convinced that he brings what’s needed to guide the company through its next phase.

AG Gangadhar also had glowing words for Masters. The acting CEO said that Master built a solid foundation and led the company to enviable heights. AG further expressed gratitude for the temporary appointment and promised to carry out full responsibilities.

President and CEO of the Depository Trust and Clearing Corporation (DTCC) and a member of Digital Asset’s Board of Directors, Mike Bodson also commented on the events. The DTCC CEO acknowledged Masters’ sterling performance as CEO and was happy to have AG as a leader.

Blythe Masters, however, would remain in the company’s Board and still be a shareholder and strategic advisor.

The departure of executives of various cryptocurrency companies is nothing new. While some leave the companies due to conflict of interests, others move to join other virtual currency companies, and others for personal reasons.

Also, the restructuring of Galaxy Digital Holdings, owned by Mike Novogratz, saw the departure of some of its executives. Richard Tavoso who was President of Galaxy Digital was transitioning out of the role by the end of 2018. David Namdar, however, who was Co-Head of Trading, exited the company.