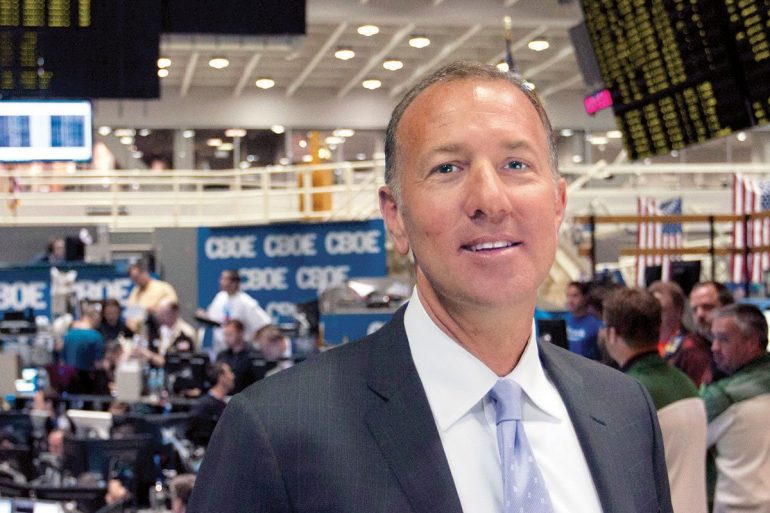 The launch of the Cboe Global Markets bitcoin futures contract has seen the digital currency rise in value, and according to the head of the exchange operator, the launch could lead the way to other digital currency-related products such as ETFs.

Speaking yesterday, Ed Tilly, Cboe CEO, said that the bitcoin futures should pave the way to warming U.S. regulators to the idea of products and securities linked to cryptocurrencies, reports the Mail Online.

“We will be building confidence in the coming months, and stay tuned, there are more to come,” he said.

Despite the smooth launch, the digital currency contract highlighted the volatility of bitcoin, which saw its price surge by 20 percent, subsequently halting trading for five minutes. The Cboe website also went down for a short period due to increased traffic that resulted in six times more than it usually receives during an average weekday. However, according to Tilly, everything went according to plan. Yesterday, Tilly said that the objections raised by the Futures Industry Association (FIA) in an open letter last week were ‘uncalled for.’

Tilly explained that the launch of the bitcoin futures has exceeded the level of interest compared to other product launches at Cboe, adding:

“It’s just been so exciting for us to bring this to market. I told the team last night, I said, ‘let’s do this every Sunday! This is a ton of fun.’”

After receiving regulatory approval from the U.S. Commodities and Futures Trading Commission (CFTC) last week, Cboe has become the first U.S.-based traditional exchange to offer bitcoin futures. The CME Group, which has also been approved from the CFTC, is due to launch its own bitcoin derivatives product on the 18th December.

“Just about all of the participants who had shown us readiness late last week and even into this weekend, showed up,” Tilly added.

The futures contract, which tracks the price of the digital currency via the Gemini exchange, is due to expire in January. However, Cboe are first waiting until there have been a few settlements on the one-month contract before moving forward with any new cryptocurrency-related derivative products. The contract, though, is seen by many as a massive step toward pushing bitcoin further into the mainstream.

Not only that, but Tilly is of the opinion that as demand for other cryptocurrencies continues to grow there will be futures on those coins as well.