Online travel agency Cheapair announced that they resumed ticket purchases with Bitcoins after an indefinite suspension of such service a few days ago.

Up until July 13th the company worked with Coinbase as a payment processor, however they had to suspend BTC operations after a series of problems that ended with Coinbase discontinuing its support. 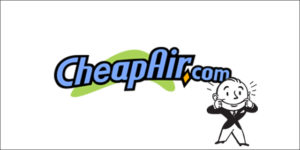 CheapAir is one of the most famous travel agencies within the crypto community. The services it offers, the possibility of price comparisson and the fast processing of crypto payments make it a serious competitor to other agencies, both crypto and fiat-based.

In an official Press Release, Jeff Klee, CheapAir CEO announced that after disagreements with Coinbase, a company they had worked with since 2013, they had entered into a new strategic partnership with BTCPayServer.

Although he admitted that he was unaware of the existence of this BTC Payment Processor, he thanked the community for recommending it.

According to Mr Klee, ChapAir can take advantage of several important features offered by BTCPayServer, which will improve both the service and the user experience:

“Not only does BTCPayServer enable us to circumvent BitPay’s controversial BIP-70 wallet requirement, but, after the Coinbase situation, we find it really liberating to no longer be dependent on a third party. We now have much more control of the process, which has made possible faster, more efficient order processing. We can also do a much better job of gracefully handling the occasional anomalies that are still inherent in crypto commerce. Many, many thanks to Nicolas Dorier, Predrag T, and the other BTCPayServer contributors; you’ve built a truly great product.”

The team behind CheapAir also annonced that they began accepting Bitcoin Cash (BCH), Dash (DASH) and Litecoin (LTC). To increase the base of accepted cryptocurrencies, they rely on GoCoin. The Team seem happy with Gocoin, stating taht so far “They’ve been great”.

The use of BTCPayServer is not only beneficial for CheapAir but also for users in general. One of the main problems for the common user is the obligation to have to use a wallet compatible with the BitPay protocol.

Few are the wallets that support the BIP-70 standard, so in order to buy tickets, users had to download a special wallet for this type of operations.

The CheapAir team is quite committed to the potential of cryptocurrenciy as a means to globalize the economy, mentioning that despite the temporary suspension, they never had in mind to eliminate this option from their services.