Circle CEO: In 3 Years Bitcoin [BTC] is “Certainly Going to be Worth a Great Deal More Than It Is Today”

Despite the sharp drop in the price of Bitcoin (BTC) and the rest of cryptocurrencies, there are still good reasons to be long on Bitcoin. That’s what Jeremy Allaire, CEO of Circle said in an interview for CNBC’s Squawk Box. 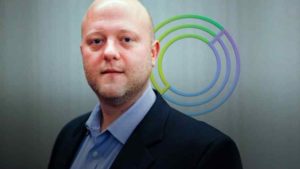 For Mr. Allaire, the fact that there is a growing number of users is a sign of the core value of this cryptocurrency and is one of the reasons to think that at present, both Bitcoin and Ethereum are oversold.

Allaire is a firm believer that blockchain technologies will play an essential role in the way business will be conceived in the future. For the man behind Circle, the day when all valuable goods have a token running on the blockchain is near.

He also commented that from his viewpoint the United States has a robust regulatory system when it comes to the topic of crypto money, however, there is a need for greater clarity when discerning which cryptos are cataloged as commodities and which as securities.

There Are Plenty of Reasons to be Long on Bitcoin (BTC)

The CEO of Circle also explained that Bitcoin has a series of important characteristics that guarantee that its value will increase with time. For Allaire, the fact that it is an asset with worldwide appeal is something key to take into account when making predictions for the future beyond the temporary contraction that the markets are suffering.

“The key thing with bitcoin is [that] it’s unique in its security and scale. And as an idea that we need a scarce [and] non-sovereign store of value that individuals can hold, and hold in a protected fashion, [Bitcoin] is attractive all around the world.”

Allaire also commented that he does not dare to make concrete predictions regarding the future price of Bitcoin, especially considering that many have tended to fail, but he was confident to point out that at least in a period of three years “it’s certainly going to be worth a great deal more than it is today.”

Circle is a peer-to-peer payments technology company founded in 2013. It received over US$135 million in venture capital from 4 investment rounds from 2013 to 2016. On February 2018 Circle bought Poloniex for 400$ Million.