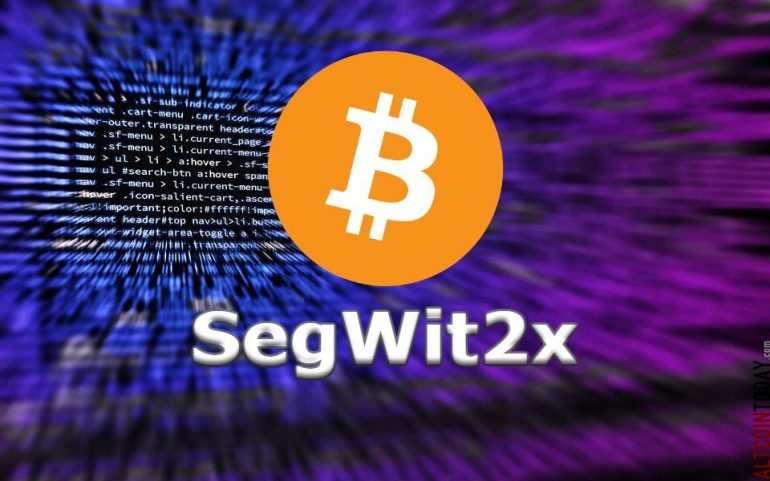 Bitcoin’s Segwit2x hard fork which was scheduled to happen on 16th of November was cancelled due to a lack of consensus among the Bitcoin community.

“Our goal has always been a smooth upgrade for Bitcoin. Although we strongly believe in the need for a larger blocksize, there is something we believe is even more important: keeping the community together.
Unfortunately, it is clear that we have not built sufficient consensus for a clean blocksize upgrade at this time. Continuing on the current path could divide the community and be a setback to Bitcoin’s growth. This was never the goal of Segwit2x… we are suspending our plans for the upcoming 2MB upgrade.”

As the to upgrade the bitcoin network through Segwit in August 1, resulted split chain making a competitor blockchain Bitcoin Cash, the planned increase of block size through Segwit2x during November 16 unfortunately (fortunately) is cancelled now we have to wait and see the real implications in Bitcoin community and Bitcoin price, as it is hard to tell which way things will go.

The intention behind increasing the block size was to make the bitcoin network perform better, as fees rise on the blockchain, it will eventually become obvious that on-chain capacity increases are necessary.
Without the Segwit2x hard fork, we might see network congestion issues persist and higher transaction fees.

“Let’s take Segwit2x’s failure as a learning experience – Bitcoin’s community is strong, and needs to broadly support any changes to Bitcoin’s consensus rules. Future proposals must start by soliciting broad community feedback, not just an afterthought.”

“We want to thank everyone that contributed constructively to Segwit2x, whether you were in favor or against. Your efforts are what makes Bitcoin great. Bitcoin remains the greatest form of money mankind has ever seen, and we remain dedicated to protecting and fostering its growth worldwide”