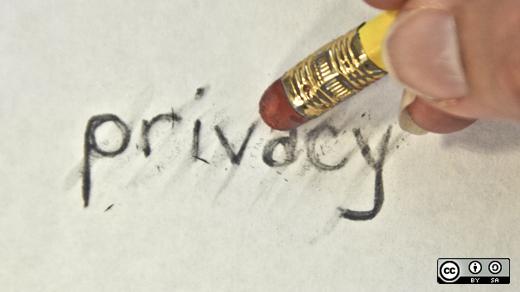 Craig Wright, the force behind Bitcoin Cash SV and the instigator of the disastrous Bitcoin Cash hard fork of Nov 2018 (that cost Bitmain’s Jihan Wu his job), is no stranger to controversy. He no longer entertains testifying and surprisingly is at pain when the Satoshi topic is revived.

While he claims to be the brains behind Bitcoin as the pseudonymous but elusive Satoshi Nakamoto, he recently threatened to “end” the popular CNBC Show CryptoTrader hosted by the interestingly inquisitive Ran NeuNer should he dare bring it up again. It is so because:

“People sit there saying, “You have to tell me (if he is Satoshi).” Why? I don’t have to tell you anything. I have my right to privacy. I can say what I will or won’t. I’m not asking you to give me money or support me. I don’t want your support. I don’t really care. I don’t need your investment. I’m not raising capital. I’m not getting a cent from you. Therefore, you have no right to know. The end.”

The Rise and Rise of Scams and New Coins

Even though the start was shaky, the resulting discussion turned out to be quite substantive as Craig gave his two cents of what he thinks of decentralization and why Bitcoin Cash SV is the only true coin in the midst of fakes.

As the immortal swordsman, Connor MacLeod, as depicted in (his favorite?) the film, Highlander, Craig is playing a duo-role. Firstly, he won’t shy away nor bow out as the maverick founder, Satoshi albeit without private keys. Secondly, he is a battle tested character, an immortal warrior, fighting for the eventual survival of the real Bitcoin now that alternatives working under the guise of decentralization are cropping up.

He warned that all these new coins and ICOs are nothing but pure scams that must end. In his analysis, coins like BTC “will never be the gold of the future. It’s not even Bitcoin.” Others like Tron will after pumping –with nothing more than marketing to show off, will “crash harder.”

According to Professor Faustus, Bitcoin as he earlier championed is designed to complement bankers and will act as a clearing house, not replace them. All this decentralization talk is to him “idiocrasy squared.” And it is not about decentralization, he has a problem with Ethereum which as we know is creating a smart contracting platform ran by a decentralized Turing complete virtual machine gifting it the ability as a world’s first super computer.

Craig takes issue saying Ethereum as a project is a “scam and a lie” as he hits on the network claims of high efficiency:

“There is no such thing as a token for a supercomputing mechanism. That is a scam and a lie. There is not one token that gives you a single compute cycle for anything less than a million times the cost [of a conventional computer]. You would actually be more efficient to buy a Raspberry Pi than you would be to buy a thousand dollars’ worth of compute cycle on Ethereum.”

Being a maximalist that he is, Craig further goes on to say anonymous coin is pure hogwash. In fact, he revealed that he is working on a tech that will just show how transactions on networks as ZCash and Monero are traceable. With a killer tech on his hands that will be directly accessible to law enforcers, Craig will demonstrate that privacy in ZCash and similar platforms is “as private as running through Times Square with your pants around your ankles.”

Perhaps it’s about time we sit and watch what Craig has up his sleeves. He has his reservation of privacy coins, will remain controversial and if he manages to expose ZCash transaction, then his coding skills will no longer be questioned leading him closer to the King himself, Satoshi.