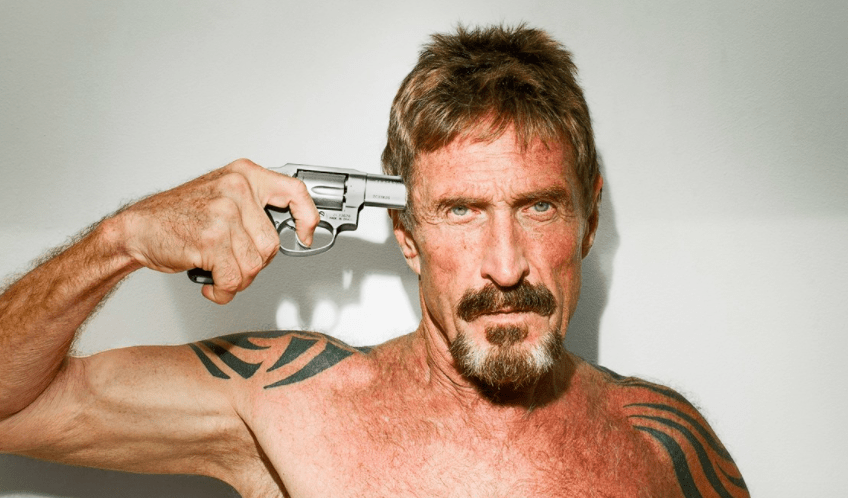 Cryptocurrency big daddy, John McAfee has declared his readiness to file legal charges against HITBTC, after the exchange allegedly refused to yield to his complains.

On different occasions, McAfee has been the voice of the cryptocurrency community, condemning “inhumane” actions of some governments who put a ban on cryptocurrency and the Security and Exchange Commission (SEC) that earlier categorized some coins as security while playing double standard with many others.

“HITBTC has not responded to our requests. We are preparing a legal complaint against HITBTCs service provider and against HITBTC. If you have an issue with HITBTC, then please send details to: [email protected]”

While the time that McAfee plans to fire his charges cannot be ascertained, the crypto enthusiast is gathering information from those affected by HitBTC services, which he said it is anti-people after it closed access to free health care available through Docademic.

The respected programmer whose Antivirus software known as McAfee was revered in the technology world earlier dished series of condemnations against HitBTC, but remained unsatisfied because the exchange has not replied him

The reason, as first stated by McAfee was that crypto exchanges are connected to banks and governments. He added that to take down the whole system (despotic government policies), exchanges must first be taken down. He said he singled out HitBTC because they are the worst.

In the same line, McAfee said he had sent eleven letters to HitBTC, however, he has not been replied.

“I have sent eleven empassioned letters to @hitbtc and received only one response. Is it our fault? CEO of Docademic, Mr. Charles Nader warned the CEO of Hitbtc three months prior to these unnecessary deaths. You tell me sir, who is responsible?”

Responding to McAfee, HitBTC sent a get well message to the crypto lord, then the exchange published a reply it sent to John McAfee, thanking him for been the voice of the cryptocurrency community.

Thank you very much @officialmcafee for being the voice of the crypto community and raising this important problem. pic.twitter.com/IgyeZShF2S

Recently, McAfee released his “unhackable wallet”, Bitfi. The earlier batch of the wallet, according to him, sold out in less than a minute.

In the same line, the crypto lord had promised to unveil McAfee coin late last month. Observers have, however, opined that he is looking for a method to dodge the SEC unbendable policy before releasing the coin.