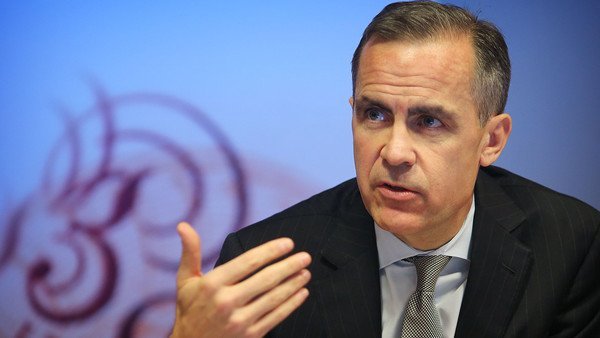 In the line with the same song sung at the G20 Summit in Argentina recently, Mark Carney – Bank of England’s Governor, added that: ‘Cryptocurrencies aren’t a risk to the financial state.’ His statement is supported by the understanding that digital currencies are still small and not connected or impacting the financial system.

In a true Carney fashion, he goes on to bash the crypto field, holding that a “huge amount” of illicit activity is run through them, directly contradicting the findings of his own Treasury’s reports.

“The NCA [National Crime Agency] has assessed the risk of digital currency use for money laundering to be relatively low.” – Highlighted in the NCA National Risk Assessment of Terrorist Financing and Money Laundering 2017 Report

During his speech, Carney stated:

There are these exchanges where you transfer your Canadian dollars for a cryptocurrency and those, in general, are unregulated and in some cases, there’s plenty of serious abuse or at a minimum, they are very porous to a cyber attack and theft and they just do not meet the standards. […] There is no reason why that should be tolerated.

The need to put exchanges or cryptocurrencies under regulation or certain legislative frames is very questionable as many do take the example of summoning new regulations for the US Dollar if a certain exchange is hacked.

Despite all of the above, Carney does make an important, even action-movie-like conclusion, outlining that “being part of the financial system brings enormous privileges but with them great responsibilities.”

Regulation will come and will happen; and as it seems they will take place now. Even if big names want to accept it or not, cryptocurrencies and the whole ecosystem is welcoming a serious adoption in a global scale which requires a foothold that would be regulatory reaction. So people feel more at ease for what is not legal and what is, terms have to be defined accordingly with frameworks put to right places. At the same time, this is the only way to prevent the substantial amount of malicious abuse that is at present time lurking around in the network.