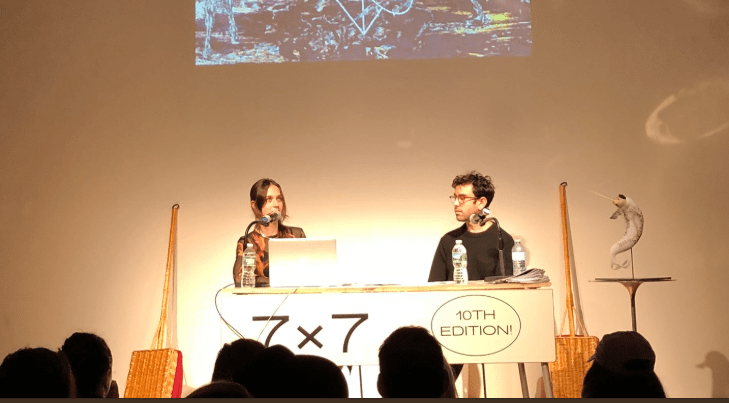 Matt Liston, formerly of Augur, has been embroiled in a $150 million lawsuit with Augur claiming that he was forced out of the company – but that’s not why he’s in the news today.

Liston is starting his own religion, and he’s putting on the blockchain.

The religion is called 0xΩ and is based on the consensus methods used in blockchain technology. Donations will be received and spent via smart contracts on the Ethereum blockchain and decision making will also be decentralized and blockchain-based using Token Curated Registries which allow people to agree on rules and information without oversight.

A religious ceremony was held in New Museum, New York last week as part of a larger exhibition hosted by the Rhizome arts group in which Liston distributed copies of a “flame paper” that he intends to use as the basis for the sacred religious texts of the blockchain cult. However, the crypto-congregation will ultimately be the ones who decide what does and does not constitute religious scripture within 0xΩ.

“It’s a religious framework that could allow for belief sets to update much more quickly and also to democratize the relationship between membership and convergence on what everyone believes in this religion,” said Liston

Ceremony attendants marked hyperinflated currencies of the past such as the Reichsmark of the Weimar Republic with public and private Ethereum keys perhaps as a gesture that cryptocurrency is the future of money.

Liston also outlined the methods by which the first sacred artifacts known as “totems” will be created by the faithful.

Also unveiled was a “Dogewhal” statuette created by artist Avery Singer, who says she was drawn to the religion by the idea of decentralized leadership in a religious organization. Singer reportedly refers to Liston as “Cryptsiah” and a “Cryptophet,” although Liston is said not to use these terms himself.

“In this religion, the people participating and involved could essentially vote and continuously change the structure and nature of it” says Singer.

The cyber-religion could use democratic blockchain-based consensus to accrue and allocate funds to create religious artwork (like the Dogewhal) as well as temples and other buildings based on the wishes of the community.

While it will seem absurd to many, the potential to disrupt the multi-billion dollar industry of religion is intriguing to many, and the cult is likely to garner interest in online communities as well. According to a Giving USA report religious donations amounted to $122.94 billion in 2016 in the US alone. Liston states that he will not be receiving the donations personally, and will himself be donating instead.

It remains to be seen whether the group will be seeking the legal recognition and tax-exempt status enjoyed by many other religious organizations in the US.