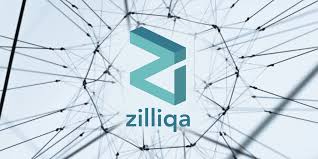 The news came to the world yesterday that Unocoin‏ exchange has added three coins to its platform, among the added coins is Zilliqa (ZIL).

“We are excited to announce the launch of 3 more crypto coins today i.e ‘Zilliqa’, ‘Golem’ and ‘Funfair’. Keep trading onto the live #Unocoin #exchange.”

Seems like the exchange platform was on coin listing spree, prior to the previous announcement, Unicoin, India’s leading crypto assets and blockchain company, announced the addition of Bread (BRD) coin to its platform for trading.

“We are overwhelmed to announce the launch of Bread (BRD) coin only on #Unocoin #exchange in India.”

The listing of a cryptocurrency on an exchange platform in the crypto space is surely a great news, and more importantly one of the greatest achievement an altcoin can achieve as it is believed that since exchanges are open to more users than altcoins, they will make an altcoin visible to more users for trade, hence increasing usability.

Similarly, as the news of Zilliqa listing emerged, enthusiast of the altcoin have waged in huge belief that the listing will surely thrust the altcoin by increasing its value in the market, coupled with the fact that Unicoin is flagged as the leading Cryptocurrency platform in India.

As the belief of the lovers looks to be realized, Zilliqa, in the last 24hrs has added 7.94% to its value in the market. A coin that was plunging down the table early before the announcement of the news.

Even though there have been positive changes with Zilliqa after the listing, enthusiasts seem not to be satisfied as they yen for more growth.

The Bad Experience With Unicoin After The Listing Of Zilliqa.

But in an ugly story, the exchange dashed their excitement as many have complained to be having difficulty in depositing their Zilliqa coin since it has been added to the platform.

A twitterian, Techzek Team‏ complained stating; “Before you launch new coin on your exchange, solve the ZIL deposit problem first.”

“My deposit not credited yet , it’s over 2 hours. tell me when my coin credited?”