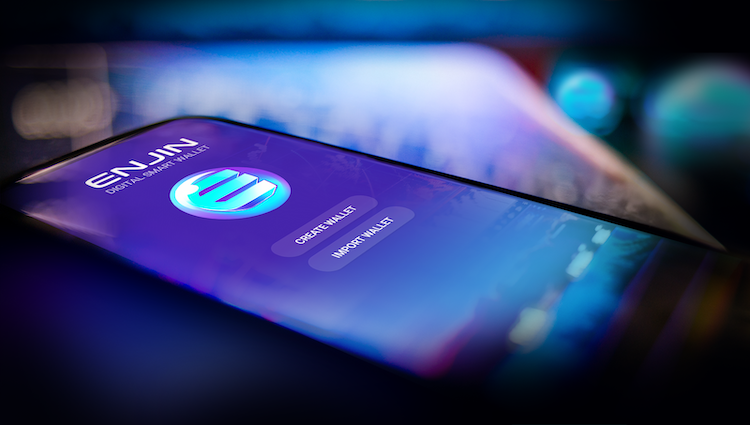 For many years now, Ethereum has been at the forefront of the smart contract and decentralized application industry. The blockchain hosted the first widely-used collectible game, the now-infamous CryptoKitties; much of 2017’s countless initial coin offerings; and one of the largest crypto-centric prediction markets, Augur.

Some of these applications of Ethereum have been enabled by tokens, namely those of the ERC-20 and ERC-721 variant. Binance Coin, for instance, was a widely-used ERC-20 token when it launched in mid-2017. And the adorable creatures you purchase, breed, and sell in CryptoKitties are ERC-721 tokens.

While these iterations of Ethereum tokens, dubbed “standards”, have seen stellar innovation and subsequent adoption, they aren’t exactly cut out for a new paradigm in blockchain: on-chain gaming. But don’t fret, one cryptocurrency gaming upstart, Enjin, has created and implemented a newfangled standard to help accommodate blockchain games.

In June 2018, Witek Radomski, the chief technology officer of Enjin, proposed ERC-1155 to the Ethereum community. At this time, the idea was ambitious, as it was like nothing that came before it. On June 17th, 2019, however, ERC-1155 achieved “final” status, and has thus become an official Ethereum token standard. Welcome to the era of the ERC-1155.

You may be wondering: That’s all well and good, but what exactly is this new standard and how does it differentiate itself from the ERC-20s and ERC-721s of the world. Well, this new breakthrough in Ethereum development will allow for the minting of both fungible (interchangeable) and non-fungible assets that are purportedly “more powerful, efficient, and standardized” than tokens issued under previous guidelines.

In fact, ERC-1155 smart contracts could theoretically issue an infinite number of separate tokens at a lower “gas” cost (meaning Ether spent) than its predecessors. Enjin puts it best:

By minimizing the amount of code required to mint each individual token, ERC-1155 significantly reduces gas fees, as well as the ever-growing bloat of duplicate ERC-20 and ERC-721 code that will remain on the Ethereum blockchain forever.

What’s also amazing about this new software is that this new generation of tokens will be backward-compatible with ERC-721 and ERC-20, meaning that ERC-1155 tokens can interact with certain Ethereum smart contracts, like those that pertain to marketplaces and decentralized exchanges, just like their predecessors.

Built by gamers, for gamers, the ERC-1155 standard, which harnesses “standardized data structures”, will allow for developers of any Ethereum-related game, application, or website to integrate ERC-1155 tokens into their offerings with ease.

This is different than previous standards, which effectively forced developers to confine their applications to single Ethereum ecosystems. Can your CryptoKitties interact with your so-called “Etheremon”? No, not really.

With ERC-1155, Enjin is promoting and hoping for the creation of what is calls “multiverses”, digital ecosystems that involve the “inter-platform operability of assets.”

The Gaming Use Case

First and foremost, gaming. We’ve already seen blockchain gaming become popular, with there being whole companies and projects built around the subsector. In fact, massive game developer Ubisoft is looking to join the fray, and use Ethereum no less.

Anyhow, ERC-1155 can be used to breath new life into digital gaming. For in-game currencies, like Fortnite’s V-Bucks, ERC-1155’s fungible iterations can be used to bring these currencies on a blockchain. This may help to regulate online economies, catch hackers in case of theft, and promote the creation of an interoperable economy where users can trade in-game monies for Bitcoin, Ethereum, or what have you.

For rare digital items, ERC-1155’s non-fungible variant can be used. If implemented correctly, users can soon own their favorite sword or gun, and bring it from game-to-game using blockchain systems.

On the Internet, most content isn’t the original. When you watch a video on Youtube, download an image from Shutterstock, read an article on Ethereum World News, you are reading a copy of someone’s work. When you interact with it, it isn’t the original — that’s the bottom line. This, in some senses, makes it hard for people to monetize content.

But with fungible ERC-1155, this changes. If an artist or content creator really wanted to, they could create an Ethereum smart contract that limits the amount of a piece of work that they create. This, in and of itself, is kind of like a ploy on CryptoKitties, but for a different purpose.

Although this solution is evidently gaming-centric, this new standard could find use in other sectors.

Finance is one sector which comes to mind. For instance, companies can tokenize ownership of their firm via the ERC-1155 standard, and create a smart contract system that pays out shareholders in Ether. The shares can either be fungible, allowing for any co-owner to vote on certain proposals. Or they can be non-fungible, giving certain co-owners special privileges or access to certain ecosystems.

While cryptocurrency and blockchain in finance have only recently become a trend, many are sure that these new technologies will replace the old analog and digital systems. In fact, pundits like Morgan Creek’s Anthony Pompliano and Circle’s Jeremy Allaire are sure that within a few years or decades, all assets will find their way onto blockchains as cryptocurrencies. Blockchains can democratize finance, give the unbanked a chance to participate, promote transparency, make businesses more efficient, among countless other benefits.

I’m sure that the aforementioned use cases only scratch the surface of the viability of ERC-1155s in today’s digital economy. As to how this new standard will be implemented remains to be seen though.