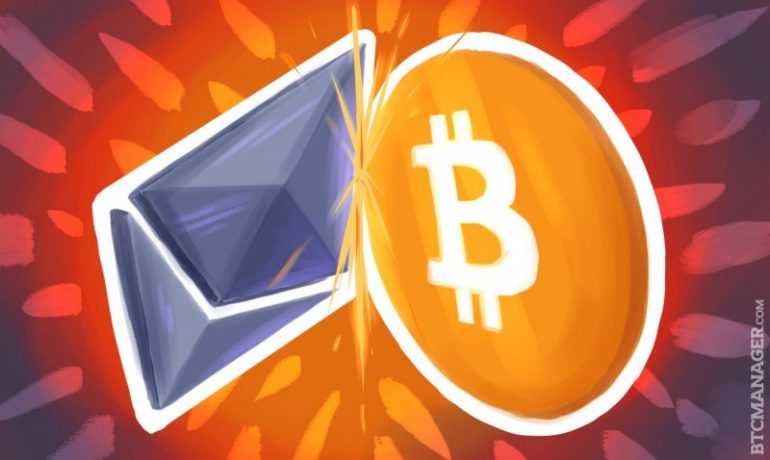 Ethereum’s dominance over the global marketcap in the next five years will make it the new Crypto-king overtaking Bitcoin’s place. That’s what Ian McLeod said to the financial news portal Market Watch.

Ian McLeod is an analyst for Thomas Crown Art, an art agency that relies on the ethereum blockchain to protect against fraudulent activity in the art industry. For Mr. McLeod, Ethereum has bottomed, and its current value is an excellent investment opportunity since the increasing number of users of this blockchain will bring a necessary increase of its market cap to the point of making it universally adopted.

Mr. McLeod’s confidence in the development of Ethereum as a golden platform for business is so high that according to his opinion, Ethereum will be able to overtake Bitcoin within 5 years as its adoption increases.

In an email to MarketWatch Mr. McLeod expressed his optimism and bullish vision of the markets, especially regarding the use and adoption of Ethereum:

“Not only do we think it will rebound considerably before the end of 2018, I believe that over the longer time it will significantly dent bitcoin’s dominance … In fact, I think we can expect bitcoin to lose 50 percent of its cryptocurrency market share to ethereum, its nearest rival, within five years.”

Ethereum Dominance: Some Believe it Will Happen, All Agree It Will Be Hard

Bitcoin has remained the most important cryptocurrency of the global market cap throughout the history of blockchain technologies; however, many analysts have agreed that every day there is a better chance that Ethereum will take the first position.

This opinion has also been supported by the financial analysis firm Weiss Ratings. In recent statements, the W.R. team commented that thanks to its “usefulness and flexibility,” Ethereum has great opportunities to overcome it:

In 5 yrs we see #ETH-LIKE platform dominating the market – not necessarily ETH. Hard to predict which project dominates, but we feel usefulness and flexibility of ETH will be the standard. We apologize for not being clear. Our earlier tweet was a comment on an article (below).

The event, which the community refers to as “The Flippening” has never happened, and the closest it came was in June 2017 when Bitcoin (BTC) had a domination percentage of 38.4 and Ethereum (ETH) was nearing 32%. However, lately, Bitcoin (BTC) has again increased its dominance concentrating more than 55% of the total market cap to date.