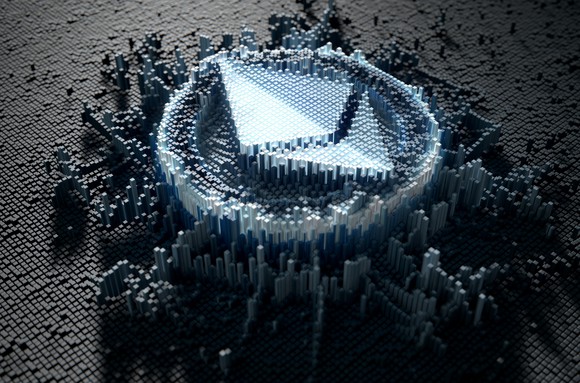 Ethereum (ETH) The Main Catalyst for Blockchain to Have Success

Well known and much-respected CEO of fintech company Circle – Jeremy Allaire, praises Ethereum for the enormous success cryptos had the past year. The comments were added during an interview for CNBC.

“Right now Ethereum has an enormous amount of developer activity…One of the things that really catalyzed the [cryptocurrency] market last year was actually that ethereum, in particular, kind of got to a place where you could build apps on top of it,” he said. “You could issue new tokens on top of it; you could create new kinds of financial contracts, using the smart contracts technology.”

Mr. Allaire continued saying that blockchain technologies and cryptos are strong contenders of becoming adopted that wide as internet is right now.

The second in lead by market capitalization – Ethereum, is the network that made Ether true. It is a platform on which Dapps – decentralized applications are developed on. This idea and tech made Bitcoin look pale for a long time now.

Based on data from CoinSchedule – Initial Coin Offerings or ICOs have raised three times more the past six months compared to 2017. Allaire explains the movement as a result of the above platform’s fame and its hoisting effect contributed towards cryptos in general.

And this success as explained by Allaire, gave birth to many other competitors in the crypto-verse that are attempting to overthrow Bitcoin. For example: NEO, Cardano, EOS.

During an interview for CNBC’s Fast Money, the co-founder of O’leary Funds and SoftKey has added that Ethereum is getting closer and closer to surpassing Bitcoin and be the next in lead of the crypto-verse.

According to O’Leary, the talk in the crypto-community has drastically shifted over Ethereum with much optimism surrounding it. The dialogue for the Smart-Contract-welcoming environment is intensifying heavily.