Ethereum (ETH) price analysis: could trade above 50-day EMA for first time since May

Ethereum bulls will be smiling today as the price threatens to scale the 50-day exponential moving average (50EMA) for the first time since rejection on 6 November.

ETH last traded above the 50EMA on the 1-day chart in May. 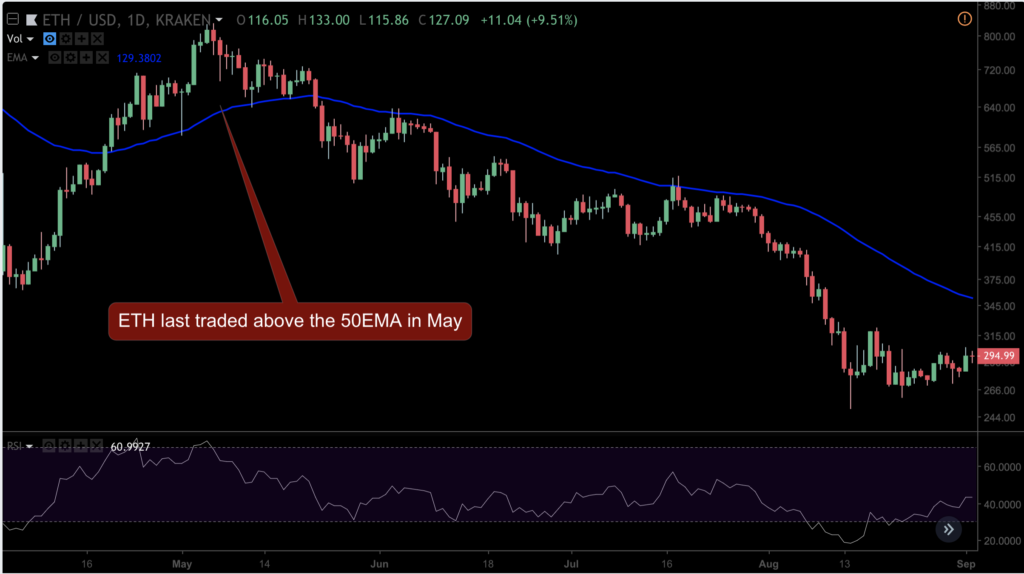 On a week view ETH is 43% higher on Coinbase.

Co-founder of Ethereum Joseph Lubin called the bottom for crypto in a tweet on 21 December, which was the strongest red candle on the 1-day chart of the past week or so.

Lubin cites epic FUD in his reasoning, which bulls might interpret as sign that capitulation among a significant layer of market participants has already taken place.

I am calling the cryptobottom of 2018. This bottom is marked by an epic amount of fear, uncertainty, and doubt from our friends in the 4th and crypto-5th estates.

ETH is 15% higher over the past 24 hours trading at $127 on Kraken (see chart below) at the time of writing.  Against BTC, ETH is 10.5% higher on BitZ at BTC0.032. China’s BitZ is currently the busiest trading venue for ETH globally(see volume chart below).

The bullish reversal is quite striking, with six up days out of the past eight, with five strong green candles underscoring the strength of the advance.

The 12 September red wick and 14 November downdraft in the wake of the BCH fork, provide the first target level for ETH, with resistance expected.

If the bulls carry that, then $204 beckons, given to us as the price level immediately before the 14 November sell-off, seen at the top of the red candle.

Bulls will be encouraged by the fact that the downtrend in evidence since the 14 November has been decisively broken. 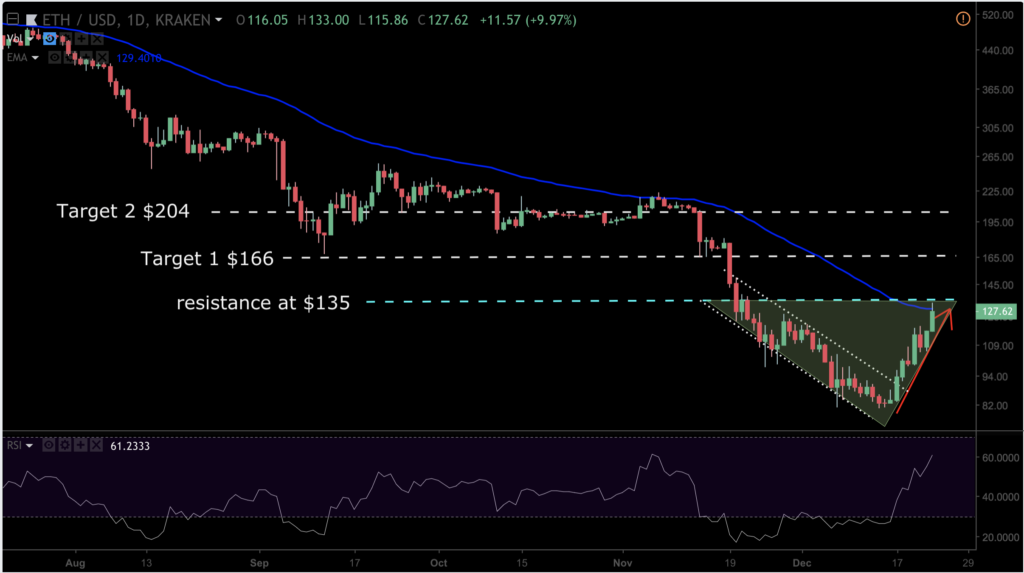 ETH was oversold on the relative strength index (RSI) on 14 August and has rallied strongly since then.

Conversely, the RSI currently showing a reading of 61 is now approaching overbought territory, but in this set-up that could be a good sign, given the strong bullish reversal that is ongoing.

Resistance looks strong at $135, found on the opposite side of the triangle to the trough at $80 on 14/15 December.

However, given current momentum and the proximity of that resistance level, bulls can be reasonably confident of surmounting the hurdle, to go on to target $166 and then $204, assuming the wider market doesn’t retrace.

The session high has already touched $133 on Kraken.

ETH/BTC volume is strong in Asia, with BitZ (Hong Kong), BiBox (China) and IDAX (Mongolia) accounting for more than a quarter of the ETHBTC market, according to cryptocompare. Binance is next largest with 10% of volume. 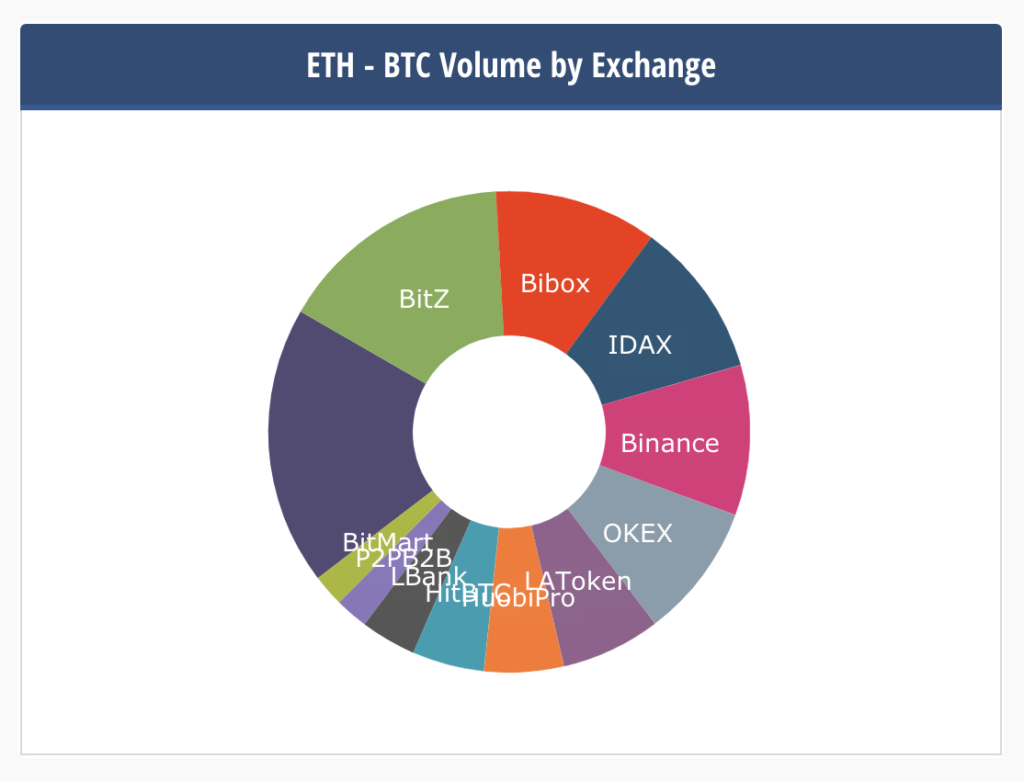