XRP continues its successful path to mass adoption as the ultimate token for interbank transaction processing. After multiple tests and announcements by several banks and payment processors, Euro Exim Bank of London finally announced that it will use XRP and Ripple’s xRapid software in a matter of weeks and before the end of Q1 this year.

According to a report by American Banker, Graham Bright, head of compliance and operations at the bank mentioned that the use of the Ripple platform and the XRP token would facilitate interbank transfers in more than 80 countries. It is not a proof of concept or a test, but an official implementation:

“There’s been a lot of talk around the markets about how blockchain technology can assist in trade finance. We’re interested in moving forward and creating a platform for payments for our clients who are in over 80 countries at the moment, making sure they have a smooth, frictionless way of paying local people.

For its part, Ripple’s global head of strategic accounts Marcus Treacher commented that the use of xRapid allows banks to make instant transactions without facing the risks associated with the volatility of certain currency pairs when executing inter- currency transfers:

“When you use XRP, instead of having to pre-park all your money in foreign accounts around the world, you hold your funds locally, under your control, your stability, your creditworthiness. It’s a much better position structurally. You can move funds from your local account, Brazilian reals, for example, into the target account, euros, say, in two minutes.”

Currently, to work under SWIFT standards, the home bank must have to keep money on deposit at a nostro account at a correspondent bank in the country of destination and direct the funds through a message sent to the platform- “With the fluctuations in value peso to dollar, that is a high-risk method,” Treacher said

Ripple makes it possible to eliminate all the intermediate steps of a transaction, allowing the home bank to buy XRP in the partner exchanges, send them in a matter of seconds and immediately these tokens are sold in the Exchange of the destination country in fiat, consolidating the transaction. 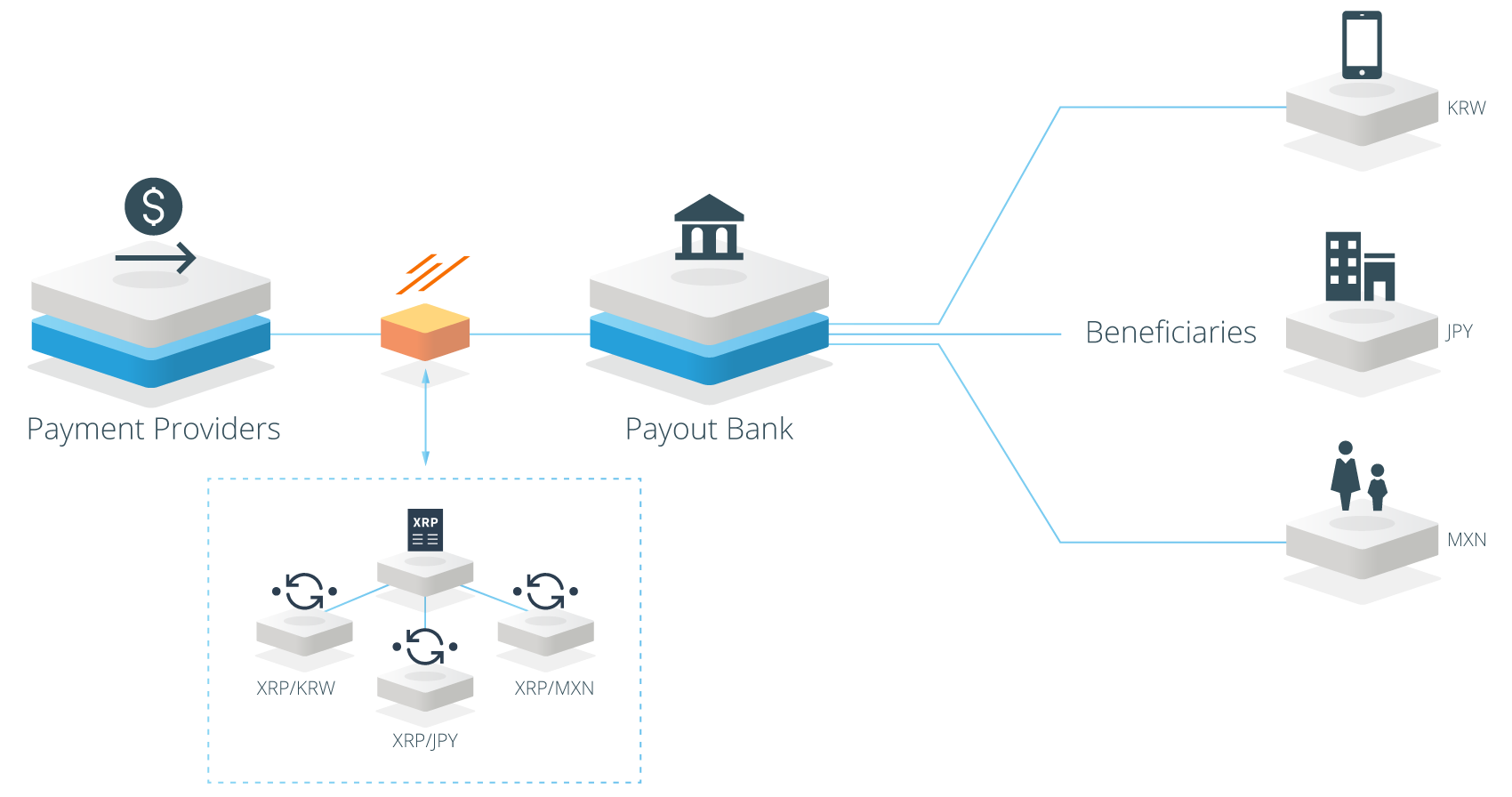