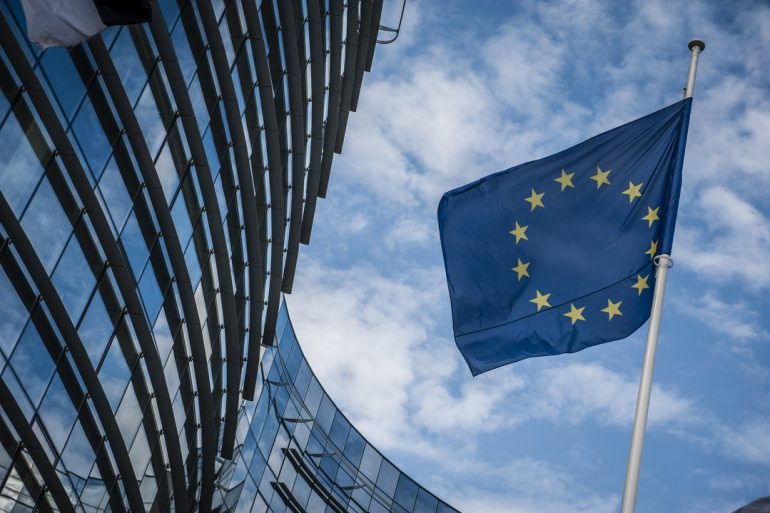 The European Commission becomes the Latest to Issue Warning on Bitcoin

The European Commission has become the latest to speak out against the crypto market, warning customers that they risk losing their entire investment on bitcoin.

Throughout 2017 bitcoin increased its value by over 1,700 percent, with the culmination of December seeing the digital currency within touching distance of $20,000. However, with heightened interest in bitcoin from investors comes further attention from global regulators.

For Valdis Dombrovskis, vice president of the European Commission, his concern lies in the fact that bitcoin remains volatile and that there is no guarantee behind it, reports Reuters. At the time of publishing, bitcoin is trading at $10,804, according to CoinMarketCap. Recent market price corrections amid a major sell off and increasing global regulatory pressure has seen the currency’s value plummet in recent weeks.

Speaking at a news conference, he said:

“In recent weeks, bitcoin has our heightened attention. There are clear risks for investors and consumers associated with price volatility, including the risk of complete loss of investment, operational and security failures, market manipulation and liability gaps.”

He added that investors should realise that bitcoin’s value could drop at any moment, arguing that ‘virtual currencies like bitcoin are not really currencies.’

Dombrovskis’ concerns come at a time when global regulators are focusing more attention on the crypto market and the possible risks associated with it.

Just yesterday, it was reported that India’s tax department had reportedly sent ‘tens of thousands’ of notices to digital currency users following a nationwide survey. According to the report, over a 17-month period more than $3.5 billion worth of transactions in digital currencies such as bitcoin and ethereum were conducted by the country’s citizens. Additionally, banks in India have started to close bank accounts linked to cryptocurrency exchanges.

On top of this is the South Korean government, which is planning to tax digital currency exchanges in a bid to curb the market amid fears that it’s in a bubble waiting to crash. For cryptocurrency exchanges that had an annual income of over 20 billion won ($18.7 million) last year they will be required to pay 22 percent corporate and 2.2 percent local income tax this year. Not only that, but the country’s Financial Services Commission (FSC) revealed that those who want to continue trading cryptocurrencies in the country will now need to have real-name bank accounts. Those with anonymous accounts will be banned by the 30 January.