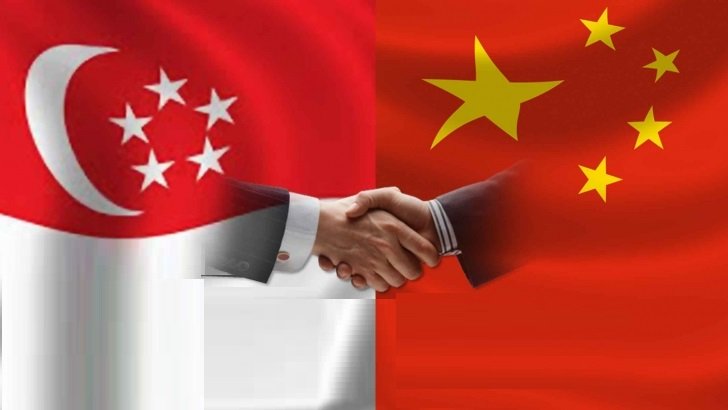 First Blockchain Technology Based Trade Completed Between China And Singapore

Despite the thought that the aftermath of cryptocurrency clampdown in China will be greatly negative on the growth of blockchain technology within the country, a major state owned oil company in China has flagged a successful completion of a trade between the country and Singapore.

Earlier this year, authorities in China banned the initial coin offerings, or ICOs, mining of cryptocurrency, and halted local exchange from trading cryptocurrency among others in a bid to curtail siphoning of cash and other financial illicit acts.

Yesterday it was aired by Reuters that a subsidiary of Sinochem Corporation, Sinochem Energy Technology Co. Ltd. successfully completed the shipment gasoline from china to Singapore using blockchain technology, which was claimed the first of its kind.

“First time that Blockchain applications have been applied to all key participants in the commodity trading process.”

Based in Beijing, China, Sinochem cooperation was established in 1950 as a major state-owned enterprise under the administration of State-Owned Assets Supervision and Administration Commission of the State Council of China (SASAC).  Sinochem Group flaunted to be the leading chemical service provider in the country, the company with the largest agricultural input in China and an “integrated modern agricultural operator”.

Sinochem, according to its official website “is among the first group of Chinese enterprises in joining the Fortune Global 500 list and has 27 appearances in total, ranking 143rd in 2017 and having been honored as Fortune’s World’s Most Admired Companies for two consecutive years”.

Blockchain technology has been viewed as a means, which helps to simplify transaction by reducing the time required, cost, as well as security, making various sector of trade to implement its into its transactions.

Observing from the past, with the believe that blockchain technology will optimize payments and optimize cargo capacity one will notice that areas like logistics, shipping and more has gradually embraced the technology as transactions like the first global agricultural trade  between the US to China which took place in January using blockchain and Hyundai Merchant Marine in January also aired that it has completed its analysis on Blockchain Technology in shipping and logistics sector and it was found very useful.