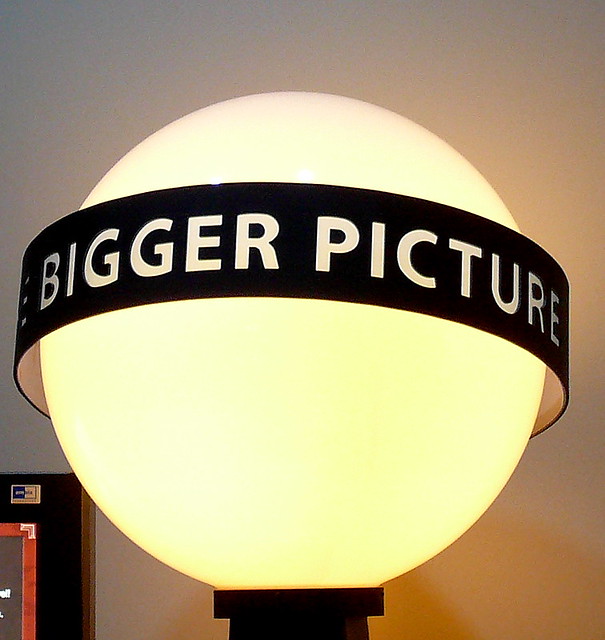 Focus On The Bigger Picture… The Future Is Bitcoin (BTC)

After years of doubt, the cryptocurrency market is beginning to look up, and this latest pump is sending Bitcoin optimists in frenzy.  The world’s most valuable coin, Bitcoin, is presently trading at highs off, slowing down after a spike in early April that saw altcoin prices fly, printing double digit gains exceeding 15 percent on average.

The excitement at Twitter, in particular, has been palpable with Boxmining, a crypto educator and Ethereum miner, for instance, exclaiming “what the hell am I watching? Someone call Elon Musk … his rockets are loose!”

As a million minds on Twitter try to uncover the truth behind the sudden spike in prices, Alistair Milne, the Altana Digital Currency Fund CIO and many other BTC HODLers can only say “the OG’s knew!”

Cryptocurrencies got most of their clout in 2017 when the market was pretty much a goldmine of sorts. There however are Bitcoin HOLDers who have been in it before it went mainstream. These are the war veterans who have been dealt hard blows by the market. They however firmly believe that the future of crypto is BTC. Why?

Since the first Bitcoin trade took place on Jan 12 2009 and the world’s most expensive two Papa John’s pizzas were purchased at 10,000 BTC, the crypto trading has evolved. Bitcoin has within a decade challenged some of the rules global finance and banking, and governments have held dear.

Sticking to its guns on its pillars of decentralization, immutability, and transparency, Bitcoin has paved the way for the emergence and development of at least a thousand altcoins and multitudes of innovative blockchain innovations and projects as well.

Mt. Gox has gone burst thanks to a massive hack, BTC investors losing over 740,000 coins or around six percent of the then mined Bitcoins. While part of this stash has been recovered, 650,000 coins are still out there.

Andy Pag, head of Mt. Gox Legal representing former Mt. Gox investors recently stepped down from his position as a coordinator.  Pag disappointingly cited a “protracted legal quagmire that could take years to resolve” as his reason for leaving. Pundits believed that Mt. Gox creditors would be reimbursed before 2019 came at an end.

“The more Bitcoin’s price goes up, the more vultures are circling around. My personal worry is that we’re just going to be bogged down in litigation. For me personally, and it’s a personal decision, it makes more sense to sell my claim.”

Since the post, Mt Gox fallout, the Silk Road closure has lost investors 26,000 BTC. The Bitcoin Cash hard fork came by in 2017 and as if on cue, ICOs and crypto exchanges were banned in China. Values were hard hit, but the token went on the rebound soon afterward. JP Morgan Chase’s CEO Dimon called the token a fraud, but as soon as the dust settled, Bitcoin was off once more on a historic bull run.

At its loftiest value, crypto trading was hit by waves of regulatory clampdowns cutting BTC’s values by half. There were murmurs of bans in South Korea and China once more, and Facebook and Twitter too grabbed their pitchforks banning ICO and crypto ads before somehow retracting—revenues dried up. Even more frustrating to the market, the SEC decided to reject all Bitcoin ETFs, the shining hope for BTC mass adoption.

The current jump in prices is what every Bitcoin enthusiast has been prophesying about. Billions are being fed into the market by investors, so Bitcoin could actually be going for another exciting bullish episode.

There is, of course, price fluctuation or even regulatory interference that may slow down bulls. However, after surviving the catastrophic lows of the past decade, this could very well be the absolute tried, tested and proven crypto asset.  This is why the OGs readily advise “focus on the bigger picture… The future is Bitcoin,”