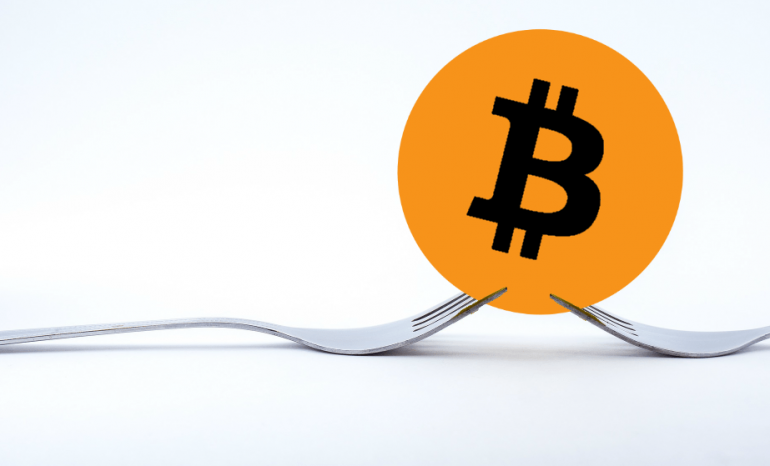 Hard forks and Bitcoin are no strangers. Since its inception in 2009 the digital currency has had several hard forks, the first back in December 2014 called Bitcoin XT. The goal was to increase the block size to 8Mb to achieve 24 transactions per second. Miners continued adding blocks to the original chain so the fork was a failure. Since then we’ve had Bitcoin Unlimited and Bitcoin Classic in early 2016.

Most will only remember the recent ones, Bitcoin Cash and Segwit in August this year. These were followed by Bitcoin Gold and the unsuccessful attempt to double the block size with the Segwit2x fork which never materialized. With more to come it leaves us asking which is the real Bitcoin.

Playing God with crypto currency is pretty easy, especially if you are a Chinese blockchain entrepreneur named Chandler Guo. The crypto guru plans to fork his own version of Bitcoin off on Christmas day and Tweeted: “Bitcoin God (GOD) will be forked off the main bitcoin chain at the block height of 501225, which will happen on December 25th to be symbolic of me giving candy to all bitcoin holders. The total amount will be 21 million. No pre-mine.”

This network snapshot will effectively create another clone of Bitcoin with an identical blockchain up until that specified block. It will then be split with the new one adding its own transactions and blocks from those that decide to follow and mine it. Bitcoin GOD on Christmas day has to be a joke, but Guo appeared deadly serious when investors questioned him stating that the fork is real.

For the second fork of Christmas we have Bitcoin Diamond which has already been split at block 495866. Futures are already listed on CoinMarketCap.com trading at around $45 and the BCD team aim to “lower the cost for participation thresholds by reducing the transaction fees and the cost of participation”. Currently transactions on the Bitcoin ledger are publically visible so Bitcoin Diamond will add a layer of encryption for additional security and privacy.

Rumors surrounding something called Bcash are also floating around the crypto sphere following statements on a Github repository: “Bcash is a new cryptocurrency that uses the existing Bitcoin ledger combined with Zcash privacy technology.”

That sounds a little like Bitcoin Diamond but is apparently an entirely different network in development which also has nothing to do with Bitcoin Cash. Confused yet?

Better not look at the BTC Twitter page then as its December calendar has more forks than an Italian restaurant. Over the next month future Bitcoin hard forks include Super Bitcoin, Bitcoin Platinum, Bitcoin Uranium, Bitcoin Cash Plus, and Bitcoin Silver.

Looks like there will be a lot of forking around this festive season, with all these promises of equivalent free coins on new chains driving the price of the original Bitcoin even higher.