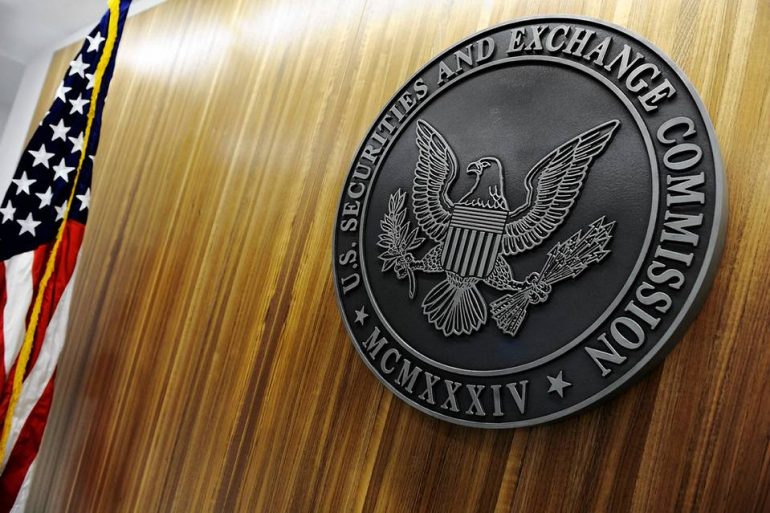 The director of the U.S. Securities and Exchange Commission’s (SEC) division of investment management has said that the organisation has raised questions looking into registered funds that aim to hold cryptocurrencies.

Speaking at ICI Securities Law Developments Conference, in Washington D.C., last Thursday, Dalia Blass, the director of the division of investment management, spoke about how the agency is looking further into asset management and the innovations being applied to it, according to a transcript of her speech.

“For example, we have seen several filings for registered funds that would hold cryptocurrency,” Blass said. “As with any new product, there are questions to ask.”

Some of the questions asked whether there was enough information for investors to determine the risks and how they would fit into the existing regulatory scheme. Blass added:

“For example, would retail investors have sufficient information to consider these products and to understand the risks? When thinking about cryptocurrencies and other blockchain offerings as fund assets, are differences in their features important? How would these funds fit into the existing regulatory scheme? What regulatory structure or structures apply to the market for the underlying instrument?

These comments from the SEC come at a time when there is increasing activity circulating the use of initial coin offerings (ICOs) to raise funds. Not only that, but SEC officials have been eyeing the digital currency market with concern for some time.

Earlier this month, the SEC released a statement claiming that it had filed charges against the organisers of the PlexCoin ICO in an alleged scam. According to the agency’s release, it stated that it was able to obtain an emergency asset freeze on the ICO that had managed to raise up to $15 million from thousands of investors from August. It’s alleged that PlexCoin falsely promised a 13-fold profit in less than a month.

Elsewhere, according to SEC chairman Jay Clayton, the agency is far from done with addressing the uses of bitcoin. Speaking at an accounting conference in Washington, earlier this month, Clayton stated that there was ‘very little distinction’ between ‘handing people a piece of paper that says ‘stock,’ and asking investors to put money in bitcoin, reported The Wall Street Journal.

Whereas, back in September, Steven Peikin, SEC co-director, stated that regulators need to do more to better inform investors about the potential risks posed by cybercrime and innovative technologies used to commit fraud, Reuters reported. When speaking of ICOs, Peikin, said:

“As with any kind of newsworthy event, roaches kind of crawl out of the woodwork and try to scam money off of investors.”