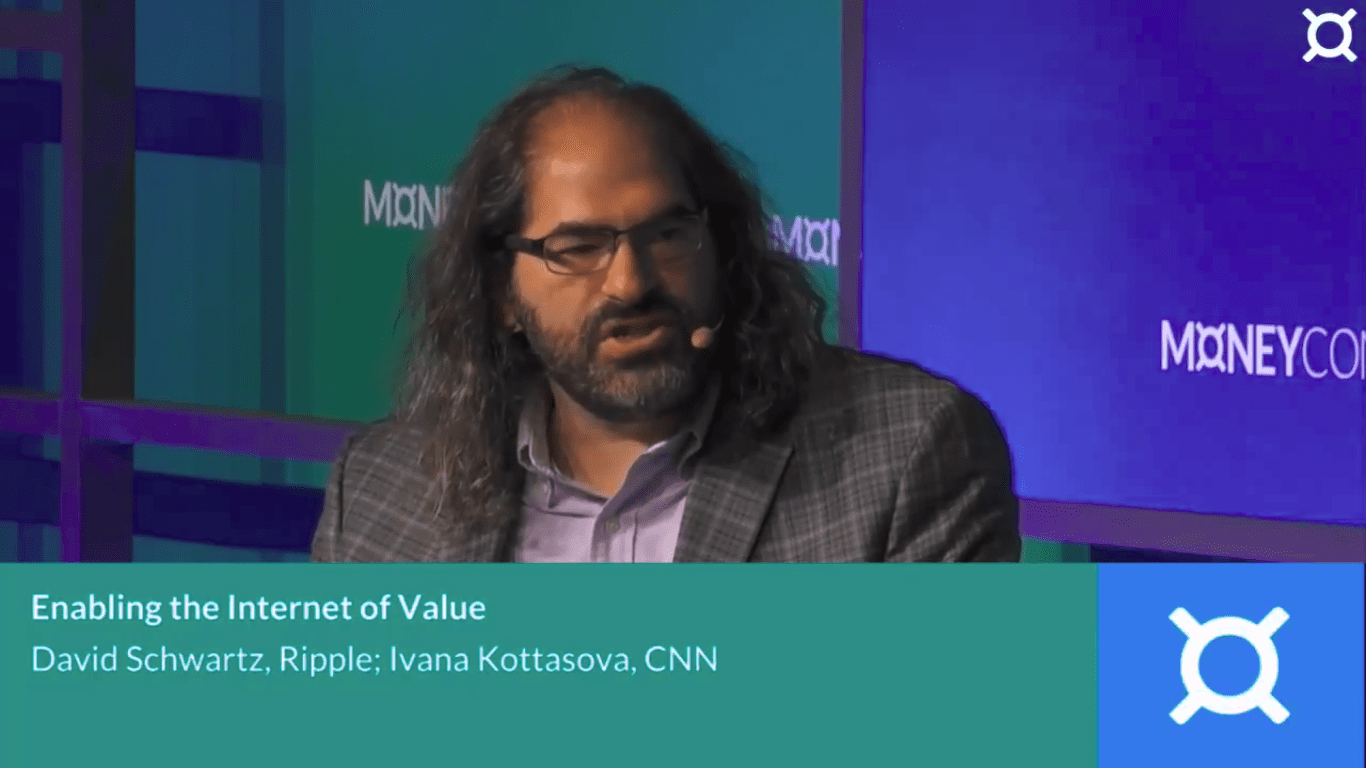 Ripple’s David Schwartz Talks About the Future of Cryptocurrencies

Adoption is more important than the price of a token. This is the way of thinking of David Schwartz, Ripple’s Head of Cryptography, who discussed his vision of the world and the future of cryptocurrencies.

In an interview with CNN’s Ivana Kottasova at MoneyConf 2018, David Schwartz was emphatic in pointing out that the future of cryptocurrencies depends more on interoperability than on other more popular factors such as the market cap.

Interoperability is the ability to interact with two or more systems using different languages. A typical example is Atomic Swaps.

He talked about this as the Internet of Value, where people handle money just as easy as information is right now. Another factor that Schwartz sees as crucial for global adoption is the ease of its use in real life scenarios. For the cryptographer, the price and volatility of the markets are nothing but a distraction:

“The whole cryptocurrency market, as you know, has dropped significantly. Think that kind of shows that the marketplace doesn’t yet distinguish between the use cases that cryptocurrencies are aimed at.

I think for people who are building technology it’s kind of a distraction; like, we care about is adoption, newer technologies, are we solving real problems for real people?

I do understand how the prices can be a distraction … but I really think people should focus on the fundamentals and look at what is the new technology … and I think the market will eventually reflect the underlying utility”.

The Future of Cryptocurrencies Relies on Interoperation Rather than Competition

Mr. Schwartz believes that the secret to making the future of cryptocurrencies as promising as many people think it will be, is for each blockchain to find its market and its own type of customers. For Mr. Schwartz, there is no need for competition between the different blockchains:

“I think what we are starting to see now is stratification around use case… as Bitcoin has aimed to be store of value, XRP is positioning as a sort of intermediary settlement asset; so I think if all of these can go after their use cases and they can interoperate seamlessly when you need to pay accross them; I Think that’s the best way to accomplish what we want to accomplish”

Ripple is playing a significant role in the adoption of blockchain at the corporate level, exponentially increasing the efficiency in settlement of banking operations, specially when compared to traditional systems such as SWIFT.