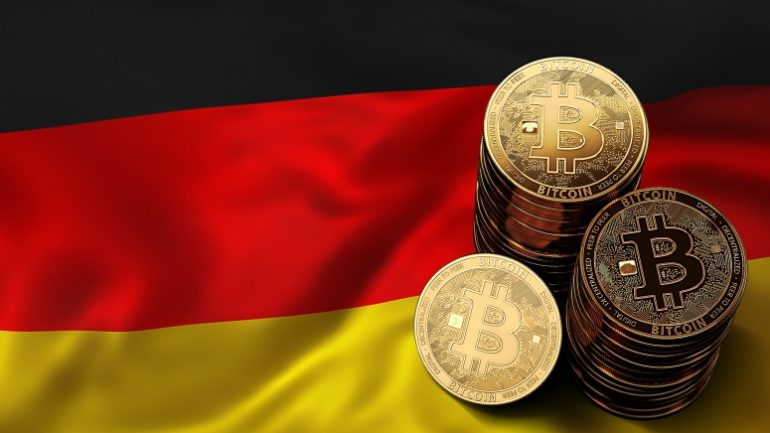 Germany’s Christian Democratic Union (CDU) and sister party the Bavaria-based Christian Social Union (CSU) have released a joint report calling for the setting up of a German euro-backed stablecoin cryptocurrency. The two parties are in government alongside the Social Democrats.

The move in the European Union’s largest economy comes as governments and regulators around the world react with a mixture of alarm and fear to the announcement of the Libra coin by Facebook.

Years of foot-dragging on introducing regulations for cryptoassets has left the global financial authorities behind the curve – but they are now playing catch-up, fast.

That was underlined elsewhere when the head of the Bank for International Settlements (BIS), Agustin Carstens, said central banks may need to introduce their own digital versions of their fiat currencies.

Blockchain spokesperson for the CDU/CSU Thomas Heilmann said last week regarding a state-backed crypto that “there is a need for it”, despite the previously sceptical position of the European Central Bank (ECB) and the national central banks of EU member states on the prospect of introducing a central bank digital currency (CBDC).

A recent Bank of England report entitled The Future of Finance stated there was no need for a CBDC and it involved too many risks.

Nadine Schön, deputy leader of the CDU/CSU parliamentary group said that the field should not be left to China or private American companies, the German business newspaper Handelsblatt reported.

Section VII of the reports sets out what it sees as the advantage of an e-euro.

“We want to bring the benefits of blockchain technology from the shadow economy to legal and reputable business models. We are committed to uniform regulation in the EU. Central banks should issue crypto tokens through commercial banks, which handle them like sight deposits (so-called stable coin),” reads an English translation of the German lawmakers’ report.

It is envisaged that the e-euro would not “create new money” and “would have no impact on monetary policy”.

The e-euro would digitise a fraction of existing supply. It would be compatible with most existing wallets the report explains, citing the ERC-20 standard of the Ethereum blockchain.

Central banks, and the commercial banks that currently deposit funds with them, would “be in control of the token smart contract”.

Where Germany goes on crypto the EU will probably follow

The report emphasises that it is important “that state actors build up their own know-how”.

Whatever happens in Germany, which is also pushing ahead with the application of blockchain technology in industry, will have a profound impact on the shape of future cryptocurrency development in the bloc.

The BIS in its annual report published in June says it is worried by the possibility of stablecoins issued by big tech companies gaining rapid and widespread adoption, thereby “rapidly establish a dominant position”.

Switzerland-based BIS said in its report that if such a scenario came about it could represent a threat to financial stability and “social welfare” more broadly.

No doubt with Libra in mind, the BIS stated the issue is how will the currency be used? Will there be credit provision, and how will data privacy be protected,” said Carstens.

Facebook has already indicated that the Libra Association, based in Switzerland and a nominally independent organisation from the social network giant, would ultimately be looking to offer credit.

The whitepaper also talks about the Libra network becoming a non-permissioned public blockchain at some point down the line, perhaps within five years.

Libra will be pegged to a basket of currencies and government debt instruments.

However, there are worries that such a design could open up the financial system to systemic risks.

Also, although touted as a stablecoin, the value of Libra would track that of its underlying assets as their exchange rates moved up and down.

No comment from the ECB on German Digital Euro

The European Central Bank has not commented on the German politicians’ initiative or whether it is revising its previously stated objections to setting up a CBDC.

Carstens of the BIS told the Financial Times that as far as a central bank digital currency goes, “we are working on it, supporting it”.

He added: “And it might be that it is sooner than we think that there is a market and we have to create our own digital currencies.”