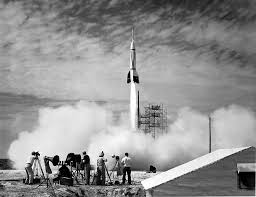 Bitcoin has seen both good and bad days since its birth in 2008. While creating Bitcoin, Satoshi Nakamoto, envisioned an overhaul of the current traditional financial system. However, the cryptocurrency is yet to fulfill that vision. It has been marred with price fluctuations and criticisms from all corners.

At the time of writing, Bitcoin has a market capitalization of $$89,068 million and steady above $5,000. Even so, an outlook of the next two decades indicates that Bitcoin is poised to record unimaginable gains.

Banks Have A Role To Play

From the look of things, the value of Bitcoin will be propelled higher in the next few years thanks to changes by traditional financial institutions in a bid to be part of the digital revolution

Presently, Bitcoin acts as medium of exchange—as envisioned by the founder, is a settlement layer and a most importantly, as a reliable store of value. Institutions have for far too long sat on the fence gauging whether they should be involved.

Even with this reluctance from deep pocketed institutions, Bitcoin stands on top of a Gold miner, ready to solve pertinent problems and one bold holder, going by the Twitter Handle Moon_Rekt is optimistic that Bitcoin prices will erupt towards the $98 million mark in the next two decades.

While this may be seen as a wild thought, here’s his argument.

Bitcoin is probably the best form of money to have graced the surface of the earth. When pitted against gold and fiat, on the basis of divisibility, security, predictable supply, and decentralization, it occupies the first position.

In the ten years that Bitcoin has been in existence, it has experienced both highs and lows. Each time BTC emerges from a low cycle, commonly known as a bear/winter period, it bounces back stronger. The high season, often called the bull market, attracts attention from miners, financial institutions, speculators and developers. When the bears kick in, the attention dies, the price plummets, and the cycle continues.

These cycles are driven by ‘Bitcoin Hodlers of Last Resort.’ These are individuals who stockpiles of BTC during low seasons and sell during the high seasons. These hodlers know one thing for sure; the bulls will certainly defeat the bears.

Bitcoin Is The Best Form Of Money In Existence

To explain, let’s put gold, fiat, and Bitcoin side by side. The three are highly interchangeable and non-consumable. Only gold and Bitcoin have a high durability.

Fiat and gold share moderate divisibility and security while Bitcoin beats them on the two qualities. On the predictability of supply, gold has moderate while fiat has low. Bitcoin has high predictability.

Out of the three, only Bitcoin is decentralized and programmable. Bitcoin also happens to have a low government interference.

Moreover, BTC has been in existence since 2009 and its first decade was filled with boom and bust cycles. However, the price of Bitcoin continued to rise through these cycles. The boom cycle attracted software developers, asset managers, banks, etc, while the bust cycle chased them away. When the attention drops, the price drops, and those who understand the market accumulate more coins.

The reason the boom cycle does not last forever is that once it pops the cycle reverses giving room for the bust cycle.

Interestingly, even during these cycles, Bitcoin maintains a positive trajectory. The upward trajectory is maintained by ‘Bitcoin Holders of Last Resort’ who buy and hold low and sell when high.

Bitcoin Halving Will Propel The Price In The Right Direction

The supply of Bitcoin is automatically set to decrease over time due to miners earning less when the Bitcoin Platform halves their reward.

According to Moon_Rekt, halving acts as a “major supply shock to the market.” The next having event is market to take place in May next year. With it will comes a reduction in Bitcoins annual inflation rated to 1.8 percent from 3.8 percent. The price has already started positively responding to this event.

Consequently, the combination of these scenarios is highly likely to drive massive Bitcoin adoption.

Back to our $98 Million Projection

Therefore, a total of $294 trillion will be flowing into the Bitcoin market in approximately 20 years. This will effectively make Bitcoin (BTC) the new global unit of account in a state of hyperbitconization.

Since 84 percent of Bitcoin’s 21 million coins is already in supply, the $294 trillion will be shared among the slightly above three million coins which are yet to be mined. Quick calculations reveal that one Bitcoin will be worth $98 million by the end of two decades.