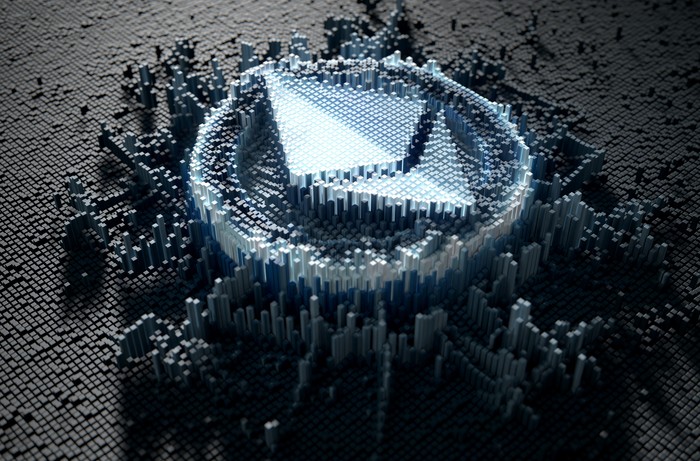 How Sharding on The Ethereum Network Might Be Around the Corner

From a crypto-trader’s point of view, the best digital asset to short in the past few days was Ethereum (ETH). The digital asset had many of its fans and HODLers grabbing onto their seats as they watched it systematically decline in value from $300 only two weeks ago, to levels below $171 three days ago. Many thought the decline was due to the general bear market, but few knew that the days of Ethereum’s dominance were numbered due to lack of solving the scalability issues on the network. This fact even had a few Wall Street firms shorting ETH from as early as June this year.

ETH has since bounced back from the recent lows of $171 and is currently trading at $215. The digital asset might be headed for past glory at even higher levels in the coming days and weeks.

Demonstration of Sharding On the Ethereum Network

One of the solutions that has been put forth for the scalability issues on the ETH network is sharding. This is a concept that allows for nodes and transactions to be divided into smaller groups rather than having the entire network to validate the transaction.

It is with this definition that we can proceed to report that one of Ethereum’s researcher and developer, Vlad Zamfir, has created and demonstrated the first case of sharding on the network with fellow developers Tim Beiko, Steve Marx, and a coder simply known as “maurelian”. Vlad revealed the development at the Ethereum hackathon event in Berlin this week: EthBerlin.

Vlad would continue to explain it as follows:

He would also add that it is still in development and we could have a running prototype in our computers in less than a week.

The Beginning of A Possible Permanent Solution

Although the sharding demonstrated by Vlad did not include a system for transaction fees and a way to route transactions and messages from one shard to another, it is a step in the right direction for the Ethereum network. The way software programming works, is that it is a cycle of coding and testing before a final solution can be provided for use.

Vitalik Buterin, in a September 2017 interview with South Korean media outlet of JoongAng, had stated that sharding prototypes would become a reality in one year with the final solution possible in 2 to 5 years. Given that his interview was one year ago, it is safe to assume that a solution will be provided to the Ethereum community in the next one to four years. Therefore, buying the dip and/or HODLing are once again investment strategies for individuals who were eyeing ETH.