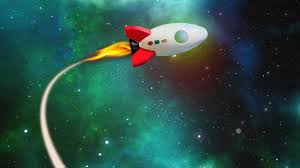 The case for the use of blockchain technology and cryptocurrencies to solve real life problems has just got a major boost with the news announcement that IBM and Veridium Labs will be using Stellar’s (XLM) blockchain to tokenize the process of issuing and redeeming carbon credits. This will in turn help in monitoring the effects of carbon emissions from big companies and institutions to farther aid in the reduction and eventual elimination of the green house effect that has been blamed for a lot of climate change. From intense hurricanes in the Americas, to the prolonged winters in Europe and even the continual rain experienced in East Africa and the melting of the polar caps, climate change is indeed a a reality.

A carbon credit is a permit or certificate allowing a holder to emit a certain amount of carbon dioxide and other greenhouse gases. One credit is the equivalent to a one ton mass of carbon dioxide. There exists carbon markets where companies and large entities with emission processes, can buy and sell these credits. Think of it as a crypto-market, with the right to emit carbon-dioxide being traded.

Here is where Stellar (XLM), IBM and Verdium Labs have figured out a cool way of simplifying the entire process on the blockchain. The initial token sale will first go towards re-foresting a 250 square mile portion of rain-forest on the island of Borneo in Indonesia.

The token, known as the Verde, will then be used to track or audit the process of the issuance of these carbon credits and the carbon market trading that follows. These carbon markets will then be transferred onto the blockchain for easier tracking. The trading and redemption will be transparent, secure and fast on the Stellar blockchain. The goal will also to get a clearer picture of the full extent of the pollution carried out by the various companies and institutions across the globe.

Stellar and IBM have had a solid partnership that was formalized last October. IBM has then proceeded to run 9 Stellar nodes to facilitate the easy transfer of funds across the globe.

Veridium labs is a fintech company that aims to transform the carbon credits industry by tokenizing the process as highlighted below. The Verde will provide a digital asset solution for customers and Fortune 500 companies to track and reduce the environmental impact of their operations.