Stellar is looking to break into the world of blockchain technologies with financial applications, and it seems these last few days have been highly successful for the development team behind this interesting blockchain which already occupies a well-deserved sixth place in the Top 10 of the global market cap.

The last achievement in Stellar’s list comes with the strategic partnership with IBM to develop a Stellar-powered payment solution that aims to compete directly with the solutions designed by other initiatives such as Ripple’s xCurrent and xRapid. 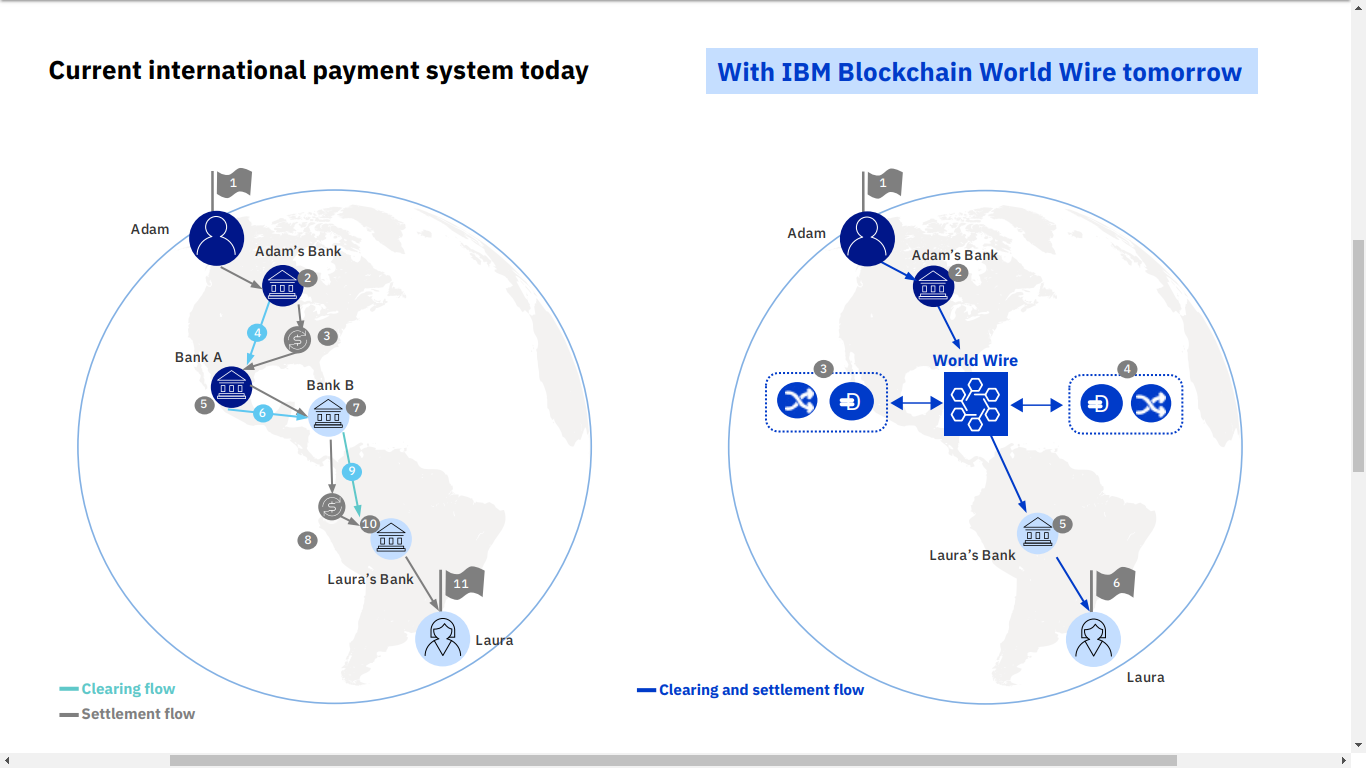 In a document published by IBM, the famous technology company promotes “Blockchain World Wire” explaining that one of the advantages is that it offers a “new financial rail that can simultaneously clear and settle cross-border payments in near real-time”

“Sending money across borders today requires a series of intermediaries for both clearing and settlement, each adding time and cost to the process. With IBM Blockchain World Wire, clearing and settlement with finality happens in near real-time. The solution uses digital assets to settle transactions – serving as an agreed-upon store of value exchanged between parties – as well as integrating payment instruction messages. It all means funds can now be transferred at a fraction of the cost and time of traditional correspondent banking”.

Previously, IBM had announced its interest in using the Stellar Blockchain to create a stable coin that would be backed one-for-one with U.S Dollars. To this end they had signed an agreement with a startup called Stronghold to exploit the potential of blockchain technologies in a new mode of payment processing:

“What we really want to do is enable all sorts of digital transactional networks to settle their transactions with digital fiat currency on the same blockchain networks,” said Jesse Lund, IBM’s head of blockchain services for financial institutions, in an interview for Coindesk

One of the most critical peculiarities is that neither IBM nor the Stellar Development Foundation had made any significant promotions. In fact, it could be said that beyond any advertising, they expect their product to speak for itself.

The Stellar community received this news with optimism. Stellar Lumens (XLM) is the best performing crypto in the top 10 of the global market cap during the last seven days.

There is still much information to be revealed. The product that could become the Stellar-powered main competitor of Ripple’s xRapid will be presented in a demo next month, according to Finextra.