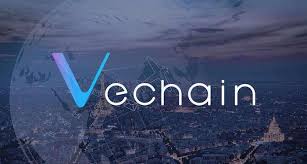 The pronouncement of a partnership between a China based insurer and VeChain (VET) blockchain technology has been heightened to bring innovations into the insurance sector after the collaboration was inscribed into record.

Coming from the VeChain Blockchain is a Press Release which indicates that the alliance was initiated between three companies among which DNV GL exist.

Due to the ill situation of data collection, verification, and auditing which results in price increase, PICC opted for Blockchain with believes that the technology will bring digital transformation, reduction in the turnaround time, premiums and at the same time prevent fraud while heightening KYC compliance.

Coupled with the realization of advanced IoT devices and smart contracts, companies with profitable business models have been tipped of instant compensation.

With the latest development from the partnership, PICC will provide a healthier assured solutions to protecting data and distributed ownership.

Acknowledging the partnership, Vechain foundation, on its twitter page disclosed that, “People’s Insurance Company of China (PICC), one of the largest insurer globally with $126 billion total assets, is opting to embrace blockchain technology with the help of DNV GL and VeChain”.

Similarly, the Co-founder of the blockchain technology, Sunny Lu in a statement declared that, “Collaborating with PICC expands our business within the insurance industry. We are confident we will provide great service and products to PICC, together with DNV GL.”

PICC said its chose VeChain as the provider of the blockchain technology due to the standing solution the latter, in collaboration with DNV GL have been able to provide to government and businesses.

The CEO of DNV GL, China Region, George Kang added that, “The role DNV GL plays is to ensure data integrity from the business operation perspective. In conjunction with VeChainThor Platform, we will provide a robust digital trust platform to assist PICC with enhanced data management and efficient data processing.”

Based in China, PICC was established in the year 2003 with PICC Group. Majorly, PICC deals with commercial property insurance, motor vehicle insurance, homeowners insurance and liability insurance, among others.