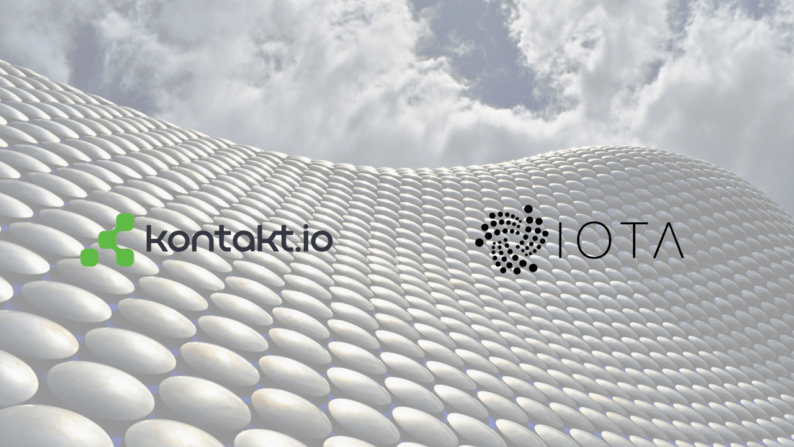 The latest news in town indicates that IOTA’s yen for partnership has grown bigger, the platform has collaborated with the leading IoT (Internet of Things) location platform provider Kontakt.io.

Kontakt-IOTA Foundation partnership was moulded towards incorporating Kontakt.io’s location platform with the distributed ledger technology of the non-profit open-source foundation.

According to the press release by Kontakt.io, the combination of blockchain technology and Internet of Things technologies (IoT) will aid the introduction of tamper-proof and chargeable readings of smart sensor data, which will help furnish healthcare operators and supply chain firms.

The development is one that will enhance monitoring of “environmental conditions for compliance reasons with fully transparent ways for storing and reporting on telemetry data”.

While the collaboration is fashioned to have a huge potential of mitigating risk management, data manipulation, security breach and more in the Healthcare and Logistics sector, it is expected that the development will leverage Distributed Ledger Technology to ensure that device-to-device and device-to-cloud communication of telemetry streams are encrypted and the data itself is unalterable.

“Manufacturers, carriers, inspectors, technology providers, and consumers alike will benefit from this technology. It will increase trust and transparency, ease dispute resolution, result in better compliance breach detection, and consequently prevent faulty products from being delivered to consumers”, the statement reads.

Speaking on the development, the CEO of Kontakt.io, Philipp von Gilsa said since both IoT and blockchain technologies are similar, therefore the development will be a smooth one.

“Both are decentralized, their markets are in early stages, and a limited number of players showcased successful applications. We are starting our blockchain initiative with IOTA to speed up adaptation and innovation in both spaces.”

The CTO at Kontakt.io, Łukasz Szelejewski, also added that; “We have decided to work with IOTA because it removes the cost barrier, and it needs little computing power to confirm transactions. Moreover, IOTA, unlike blockchain or Ethereum, is capable of processing a lot of operations in almost real time”.

“In fact, the more transactions it has queued, the faster it scales. For all these reasons, IOTA makes Proof of Work possible and efficient in the IoT environment and is likely to become the next security standard for IoT.”

The Co-founder and Co-Chairman of the IOTA Foundation (IOTA), Dominik Scheiner, in his own statement, aired his belief in the partnership.

“The IOTA Tangle and its lightweight architecture is specifically designed to support smart devices and become the integrity layer for the IoT. We are looking forward to collaborating with Kontakt.io and to empower the building blocks for a smarter supply chain using their powerful IoT platform. With this partnership we also have the potential to ensure delivery of trusted and non-damaged medicine to patients by providing the needed supply chain visibility. This is a very meaningful and important endeavor.”