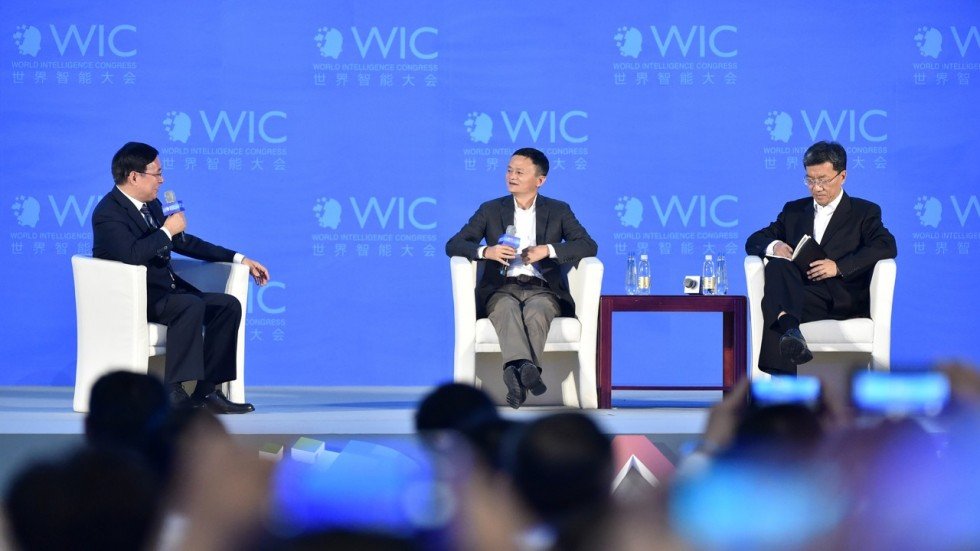 Jack Ma: Bitcoin is a Bubble… Blockchain is Not

The world of the cryptocurrencies seems to be eternally bound to the world of the blockchain. Virtually all approaches to the discussions seem to end on the economic front, but Jack Ma, CEO of Alibaba, separates the two concepts, being optimistic about blockchain and pessimistic about cryptos.

At the 2nd World Intelligence Conference held in Tianjin on May 16th, Jack Ma, Chairman of Alibaba Group’s Board of Directors, said that according to his opinion, Bitcoin is a Bubble but the Blockchain is not.

For the renowned businessman, the actual focus should not be on whether a product such as Bitcoin is profitable per se, but on how useful or beneficial it can be to society. That’s the only way to know whether or not an investment is worthwhile.

The Chinese portal 8btc, reviews a comment from Jack Ma to a person who asked him about this in late 2017:

For Bitcoin, I don’t have much interest, what I want to know is, what can bitcoin bring to society?” But anyway, I think blockchain technology is very powerful… But bitcoin, we look at it in a very careful way. I am not very familiar with Bitcoin; I am always curious. But I think for bitcoin enthusiasts like you, Bitcoin is inseparable.

For Jack Ma, Bitcoin may be a bubble, but Blockchain is undoubtedly not.

It is easier for a businessman to know how to differentiate situations and do isolated studies once he separate these two concepts. Jack Ma is very open-minded in mentioning that he does not thoroughly comprehend the features of Bitcoin simply because it is not what he is most interested in:

Honestly, i know very little about it, and I am totally confused: and even if it works, the whole international rules and laws on trade on finance is going to completely change. I don’t think we are ready for that. So I think I’m focusing on the Alipay and focused on RMB, U.S. Dollars and Euros, and that’s fair … We have a team specifically to study that and also we have a team block chain technology. We’ve spent a lot of efforts on blockchain technology at Alibaba, but Bitcoin, I say not for me. I don’t know”

However, despite being skeptical about bitcoin, in recent statements reported by local Chinese media, Mr. Jack Ma does not hesitate to be optimistic about blockchain technologies and their application in everyday life:

But now that the blockchain is hot, there are people buying and selling blockchains … There is no bubble for blockchain, but there’s a bitcoin bubble … Personally, I’m quite bullish about blockchain”

A Contradictory Position That is Fairly Justified

Mr. Ma’s stance is not surprising once people know about his investments in blockchain research. Alibaba has a huge number of registered patents related to the development of blockchain technologies in the world

This situation places Jack Ma in an intermediate position among those businessmen who have made recent statements about the world of cryptos.

While some might use his statements to set him on the same lot as Warren Buffet, Bill Gates and other big business people whose opinions are fundamentally negative, others might use his enthusiasm to put him on the list of supporters like Jack Dorsey, Jeff Bezos and the Rockefellers who believe in the development of these technologies.