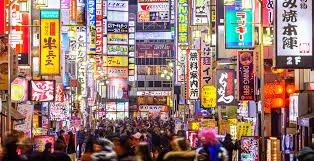 As the United States Department of Justice (D.O.J) investigates the allegations of Bitcoin (BTC) manipulation in the crypto-market, Japan is gearing up to welcome plans of 6 more crypto exchanges being launched by public companies listed on the Tokyo Stock Exchange. These 6 planned new exchanges, join a budding list of plans by other companies to issue their own crypto exchanges in the country. The current buzz is around SBI Holding’s Virtual Currencies exchange that plans on being launched this summer. There is also Line Corp and Yahoo Japan who are also planning on launching their own exchanges.

This move by the 6 additional companies is natural in the country of Japan. The country has been quoted as being one of the major crypto trading and owning countries in the globe. Current estimates put the number of Japanese trading and owning crypto to 3.5 Million. The vast majority of the traders are between the ages of 20 to 40. This demographic makes up 80% of the 3.5 Million. This age range is a good indicator of what age bracket in the rest of the world, is trading in cryptocurrencies.

Also on the report that highlighted the above, is that the trade volume of BTC in Japan rose from $22 Million in March 2014 to $97 Billion in March 2017. Doing the math, that is a 440,800% increase in trading and overall interest in cryptocurrencies in the country; and in a time period of just 3 years.

These numbers are the main reason as to why there are almost 100 companies in total, applying for crypto trading licenses in the country of Japan through the FSA (Financial Services Agency).

In conclusion, the news of more companies in Japan willing to start crypto-exchanges is an indication that the crypto-verse is not going anywhere anytime soon even with the current market decline being experienced. What might probably happen in the next few years, is that the crypto-trading industry will expand at speeds that were never imagined. Some might argue that the expansion has already begun with the 6 aforementioned Japanese companies showing interest in getting into the space.

What is your take in terms of the general direction of the Crypto-market?