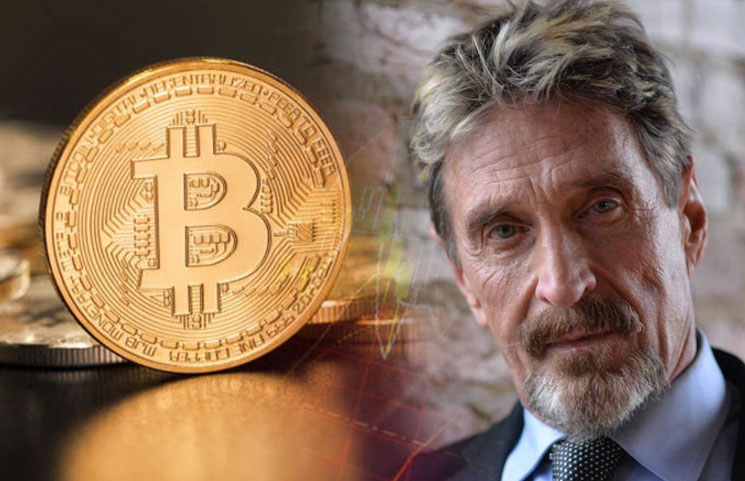 John McAfee, the world famous Bitcoin bull and probably the biggest attention drawer in the crypto sphere, has launched a mobile app that enables you to earn some Bitcoin by responding to questions that test your knowledge

The new app whose launch McAfee made public on Twitter on Saturday, is dubbed ‘Bitcoin Play’. It can now be downloaded by Android users. McAfee writes that the software includes a ‘family friendly option’, as well as an option for those over 18 years old, where users can hear McAfee swearing at them for slow thinking or for not knowing an answer. He may praise them for good results too.

Get Bitcoin for right answers

Bitcoin Play, as claimed by the devs, enables its users, young ones or adults, to get some Satoshis sent to their wallets if they manage to produce a correct answer. The questions they get are those with multiple choice answers and they test how well individuals are familiar with sports, history, check their general knowledge level. The quizzes also cover numerous other areas.

As a reminder, Satoshis are the tiniest units of Bitcoin that are available on this blockchain network.

The app developers confirm that Bitcoin Play has a great amount of questions, covering various spheres. Besides, new ones get are added every time the app updates.

Those who are mature enough (over 18) can choose an adult version of the app. This means that they will hear comments added in McAfee’s charismatic voice, which will tell them what the Bitcoin bull thinks of their answers to the questions. Beware, says the Bitcoin Play team – cursing is a frequent option for those who fail to answer correctly.

The amount of Satoshis paid out to users gets bigger as they give more correct answers. However, the questions also get more difficult. Besides, users have only 10 seconds to reply to each question.

Users can also choose between ‘lifelines’, like in the “Who Wants to be a Millionaire” show. Thus, they can skip a questions, drop two wrong answers out of four to make their choice easier. The third ‘lifeline’ lets them get some more time to think over the answer.