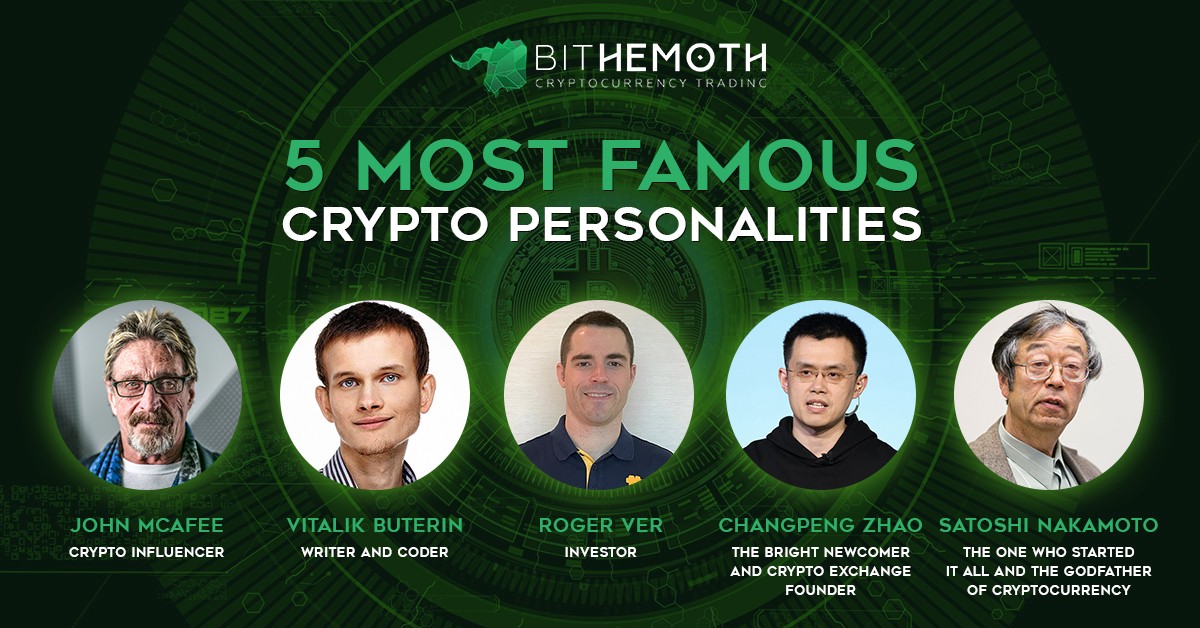 The fact that cryptocurrency has become a “phenomenon that the famous personalities of the crypto sphere are almost at par with the popularity of Hollywood stars” has made an exchange release the list of 5 Most Famous Crypto Personalities.

John McAfee, the creator of the first anti-virus- McAfee Antivirus, joined the crypto community and rose to the point of being a notable influencer.

Bithemoth said about him: “His tweets are not only influential but entertaining as well. He’s known to be different and has already started a movement called ‘Declaration of the Freedom of Currency Independence’ to destroy fiat money around the world”.

The second person on the list is Vitalik Buterin. Vitalik Buterin started off as a writer for Bitcoin, and this made him co-found the famous Bitcoin Magazine. While writing about Bitcoin, he thought of unraveling Ethereum

Bithemoth Exchange said about him: “No, he’s not a robot, he’s an unbelievably smart individual who has achieved plenty at the age of 24 years old. His tweets are technical and rises debates with cryptocurrency developers around the world. It is no wonder his decisions make an impact, given Ethereum’s place in the cryptocurrency market placed ranked in at 2nd”.

Also, Roger Ver otherwise known as Bitcoin Jesus, who founded Bitcoin Cash, and financed the invention of Blockchain.info and BitPay, was in the list. Changpeng Zhao, creator of the world largest cryptocurrency exchange, Binance, also made it into the list.

In the same line, Satoshi Nakamoto, an unknown creator of Bitcoin also featured in the list. While the cryptocurrency community is expecting to know Nakamoto, the Chief Technical Officer at Ripple came out some days back to say he had the idea of blockchain before the technology was unraveled.