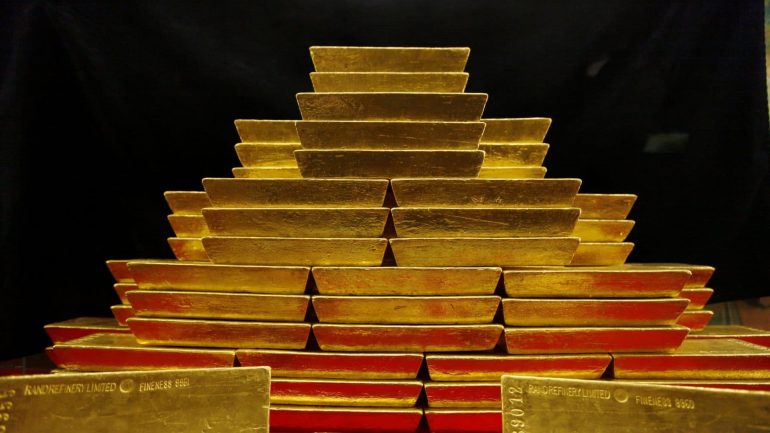 JPMorgan Analyst Says Bitcoin Could be the New Gold

Bitcoin could eventually become just as reliable as gold as a long-term store of wealth, according to an analyst at JPMorgan Chase.

The cryptocurrency has experienced a surge in price throughout 2017 that has seen its value rise by more than 1,000 percent. On Tuesday, bitcoin’s price rose to over $12,000, at $12,032, pushing its market cap to an impressive $201.1 billion, according to CoinMarketCap.

This rise in value is partly due to increased interest from Asian traders as well as the news that both Chicago-based exchanges, Cboe and the CME Group will be offering bitcoin futures this month.

The Telegraph reports that it is because of this that Nikolaos Panigirtzoglou, a JPMorgan analyst, said:

“The prospective launch of bitcoin futures contracts by established exchanges in particular has the potential to add legitimacy and thus increase the appeal of the cryptocurrency market to both retail and institutional investors.”

No doubt these comments will be considered surprising given the Wall Street bank’s CEO, Jamie Dimon’s, negative position toward bitcoin. In September, he took a hit at the cryptocurrency when he said that it was ‘a fraud.’ This was later followed up with the argument that it was ‘worth nothing,’ while also claiming that he would ‘fire in a second’ any employee of JPMorgan’s found trading in it.

Interestingly, though, since then the bank is considering helping its clients to trade bitcoin futures by giving them access to CME’s new product via its futures-brokerage unit.

However, while Dimon may be refusing to see the potential that the currency has, others, such as Panigirtzoglou, believe that the bitcoin futures could see it becoming increasingly useful ‘as a store of wealth.’ This, in turn, could help push its price up even higher. The fact that the blockchain is a secure distributed ledger for the digital currency also adds to its potential.

At present, though, bitcoin has a long way to go before it can trump gold’s market worth. According to CoinMarketCap, the digital currency’s total cap is valued at $199.5 billion, whereas, the combined market value of all the cryptocurrencies is worth just under $358 billion. In comparison, gold is worth an impressive $1.5 trillion.

This is, by no means, discouraging to Panigirtzoglou, who added:

“Judging by other stores of wealth such as gold, cryptocurrencies have the potential to grow further from here.”