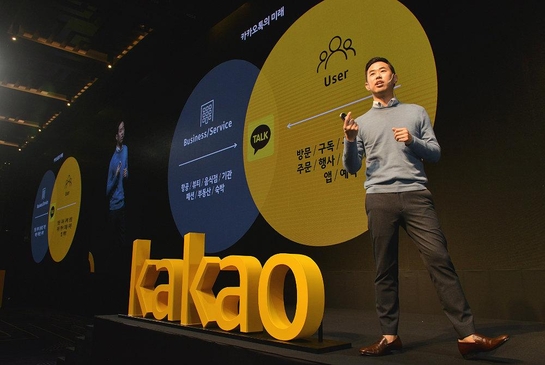 South Korea has always been one of the nations where cryptocurrencies generate a strong enthusiasm in the population, and several major corporations are determined to exploit the full potential of blockchain technologies and their surrounding hype.

Kakao Corp, one of the leading internet companies in the country, has demonstrated a growing interest in the use of cryptocurrencies and blockchain technologies. Recently, an article published by the Korean financial news portal FN News, the Asian giant is natively setting up a crypto wallet in its instant messaging application Kakao Talk.

Kakao: Getting Ahead of Its Competition

With this decision, Kakao would be introducing about 44 million people (the reported number of users of the instant messaging platform) to the world of crypto coins. The portal explains that Kakao intends to make it possible for users to send money to each other quickly and easily:

“All users of KakaoTalk will have a cryptocurrency wallet and will be able to send and receive crypto as easily as sending a KakaoTalk message.

Although transacting in cryptocurrencies is easy for those who are used to the process, the possibility of doing it from within the messaging application itself with no prior configuration is something that millions of potential customers would appreciate.

Kakao’s payment processing service is by no means small. According to information from ZDNetin 2018 alone, Kako Pay processed over 20 trillion Won in transactions (about 17.7 billion dollars).

This strategy allows Kakao to place itself at the forefront of a service that is attracting a good part of significant competitors that also want to use cryptocurrencies and blockchain technologies to facilitate remittance of money via messaging applications. Giants like Facebook, Telegram, and even Naver are actively working on the development of crypto payment services.

Kakao is Not Only Working on a Cryptocurrency Wallet. They Want To Build a Native Blockchain To Integrate All Kakao Services

Kakao’s bet is much stronger. Not only do they expect to facilitate transactions with cryptocurrencies, but they are also working hard on a native blockchain which they hope to launch in mid-2019- The Klaytn project has already raised more than 90 Million dollars in the first round of a Private Coin Offering

The community of crypto enthusiasts welcomed the plan with optimism. Heslin Kim, the South Korea-based CEO of BlockchainROK, commented to CCN that such initiatives could play an essential role in the future adoption of crypto by society:

“Kakao is representative of South Korea, a country with over 55 million people. It embodies the fast paced, technology driven lifestyle that Koreans adopt so readily. It’s an app so deeply attached to what it means to be Korean.

The fact that one of the most widely adopted apps, with over 95% market share, is publicly promoting and spreading blockchain/crypto is tremendous for mainstream adoption. Connect the dots with the market share and total population. With Samsung’s S10 and now Kakao’s wallet we can continuously expect Korea to be at the forefront of the DLT disruption.”