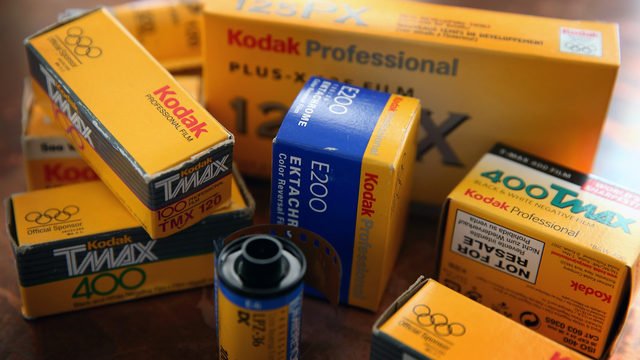 Kodak gets on the blockchain bandwagon

This year it is likely we will see a lot of companies getting into blockchain technology and cryptocurrency as it is the thing to do. Just like the website then mobile app explosion in previous years, crypto is currently the proverbial hot cake. Kodak is the latest big company to announce that it is working on its own blockchain and digital currency.

Companies joining this crypto train may only be doing it to boost their stocks or they may realize that the technology could be powering the future. Messaging platform Telegram recently announced that it is developing its own digital currency and Kodak has just followed suit. The photography company’s film revival did not go to plan so the easiest way to raise a ton of cash is to jump into crypto.

The firm has partnered with Wenn Digital to launch the KodakOne image rights platform that utilizes KodakCoin, a photo-oriented virtual currency. The technology aims to provide a blockchain based payment system for photographers ensuring they get paid instantly and securely the moment someone buys their pictures. The platform meanwhile will scour the web seeking copyright violations in order to create an encrypted digital ledger of rights ownership.

“For many in the tech industry, ‘blockchain’ and ‘cryptocurrency’ are hot buzzwords, but for photographers who’ve long struggled to assert control over their work and how it’s used, these buzzwords are the keys to solving what felt like an unsolvable problem,”

The company will be using Ethereum smart contracts, but also developing their own proprietary blockchain and will evaluate the optimal solution during development.

The ICO will be launched on January 31 for accredited investors in the US, UK and Canada. Investors already holding Kodak stock had a good day as it over tripled after the announcement yesterday. Eastman Kodak Company shares jumped from $3.10 to a $10 high in a few hours according to Nasdaq. They currently trade up 190% at $9.10 at the time of writing.

The challenge will be in proving that there is a long term strategy and this is not just an attempt to capitalize on the current boom in the blockchain industry. More companies are likely to make similar announcements in the coming months as the world wises up to the power of crypto currencies.