Law and Legislation being Put Out by South Korea for Cryptocurrencies

The Financial Services Commission (FSC) – the leading head of the financial regulatory scene of South Korea, has drafted out the final form of a proposed legislative package that would legalize and regulate virtual currency exchanges in the country.

However [in an ironic manner], the movement was made while categorizing crypto-exchanges as “unauthorized fundraisers”.

Accordingly, under the new laws, cryptocurrency exchanges in South Korea would be mandated to acquire a license from the FSC before being allowed to open their doors.

Exchanges will need to prove their reputability, per an anonymous FCS official:

“Cryptocurrency exchanges will be required to maintain standards for consumer protection, such as having separate deposits for customers’ assets, and for increasing transparency, such as having a procedure for confirming customers’ identity.”

“The authorities will also be empowered to prosecute exchanges that break these rules.” 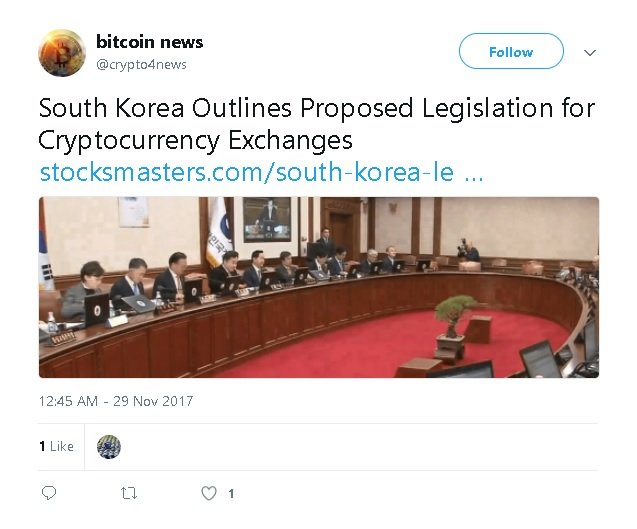 On the other hand, the Vice Chairman of FSC did declare a new setting of anti-money laundering [AML] laws which will give SK officials the possibility to devise ways to mitigate “virtual (currency)” laundering:

“We will improve the safety of financial transactions by establishing a discipline system corresponding to the risk of money laundering of new products.”

“We will draw up thorough countermeasures that prevent cryptocurrencies, like bitcoin, from being a new channel for money laundering.”

To explain the approach – FSC will be making sure that crypto-exchanges will be taking shape that would fit the stricter Know-your-Costumer regulations so they can have a better overview of could-be launderers.

All in all, then, crypto buying and selling will be allowed in South Korea, although it will be heavily regulated at the exchange level.