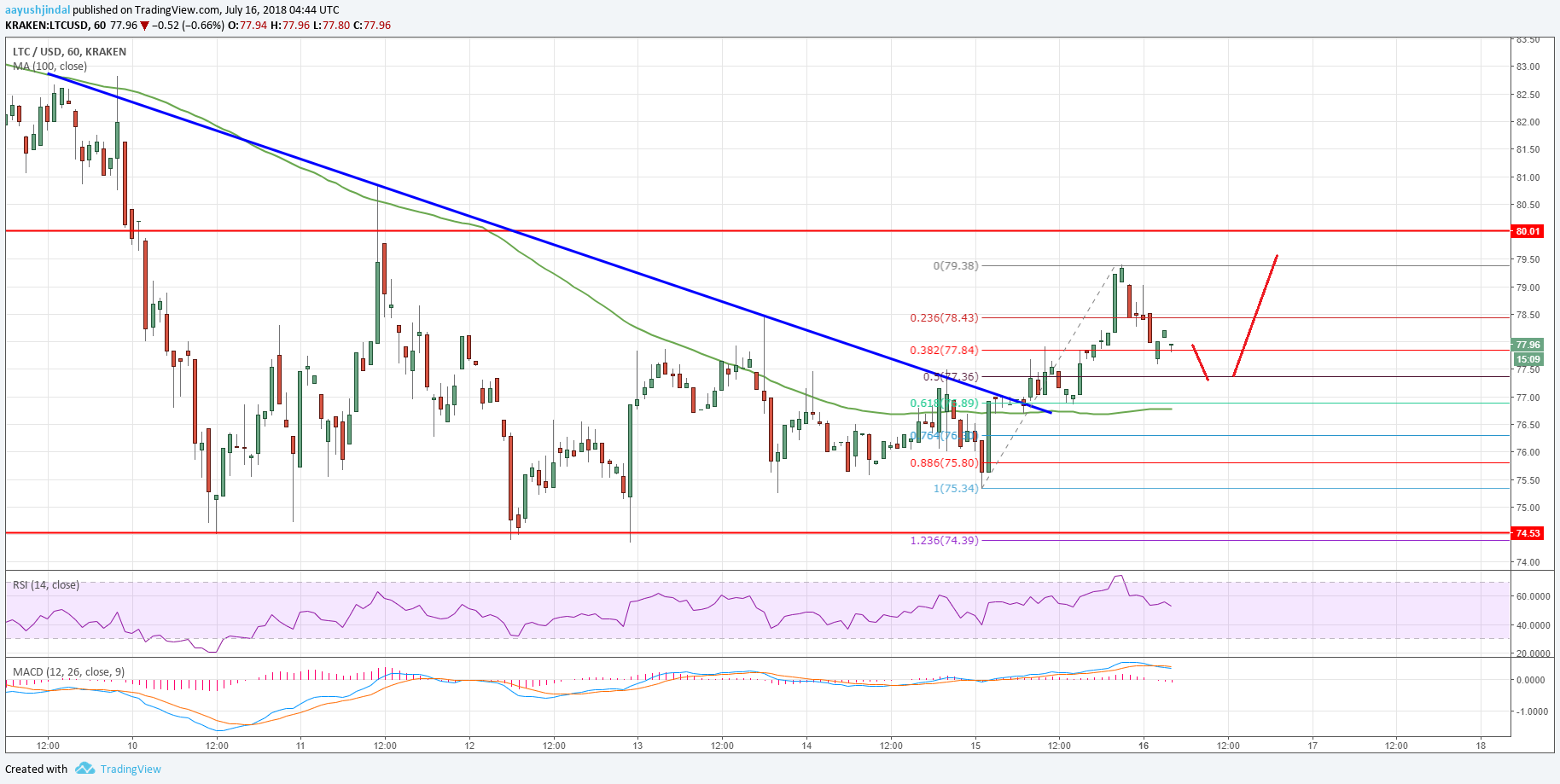 Litecoin price formed a decent support at $74.50 and recovered against the US Dollar. LTC/USD must clear the $80.00 resistance to recover further in the near term.

This past week, there was a solid support base formed near the $74.50 low in litecoin price against the US dollar. The LTC/USD pair slowly started an upward move and traded above the $77.00 resistance.

Looking at the chart, the price broke a few tiny hurdles near $66.80 and the 100 hourly simple moving average to move into a bullish zone. More importantly, there was a break above a key connecting bearish trend line with resistance near $77.00. 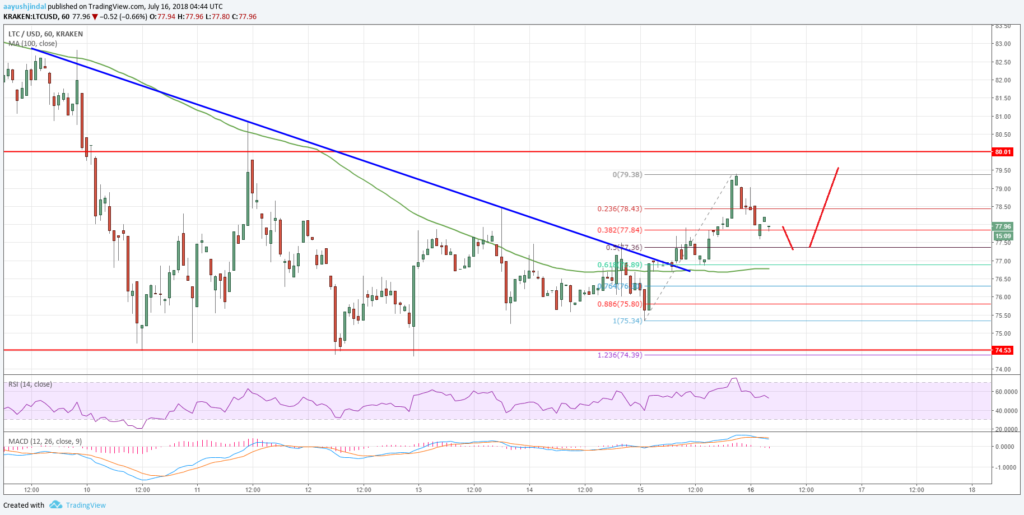 It opened the doors for more gains and the price moved above the $79.00 level. However, litecoin buyers failed to gain momentum and the price did not test the $80.00 resistance zone.

On the upside, litecoin price must clear the $80.00 resistance to set the pace for more gains. The current price action is positive as long as LTC is above $77.00.