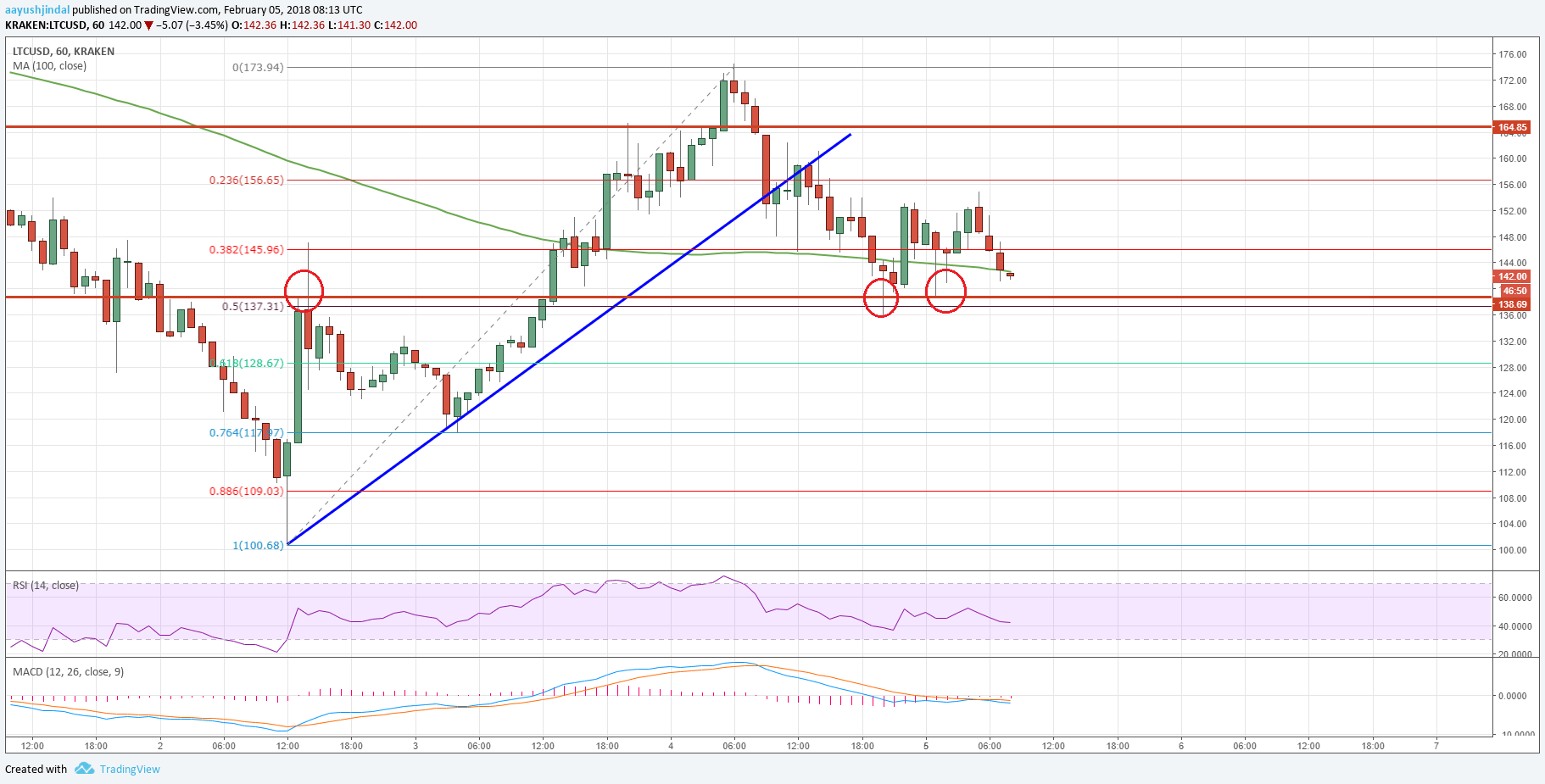 Litecoin price spiked higher and moved above $160 against the US Dollar. LTC/USD is currently correcting lower and it trading near a major support at $135-140.

There was a sharp rejection noted in litecoin price from the $100 support zone against the US dollar. The LTC/USD pair surged higher and was able to move up by more than $50. It traded above the $150 and $160 resistance levels to trade towards $175.

More importantly, there was a break below a short-term bullish trend line with support at $155 on the hourly chart of LTC/USD pair. The pair is now trading below the $150 level, but it is holding a major support area near $135-140.

A break below the $135 level could open the gates for an extended downside correction towards the $120 level. On the upside, an initial resistance is around the $150 level. Above the mentioned $150 resistance, litecoin price may test the $160 pivot level.

At present, it seems like LTC/USD is consolidating losses above the $135 level and is preparing for the next move, which could be either above $150 or below $135 in the near term.