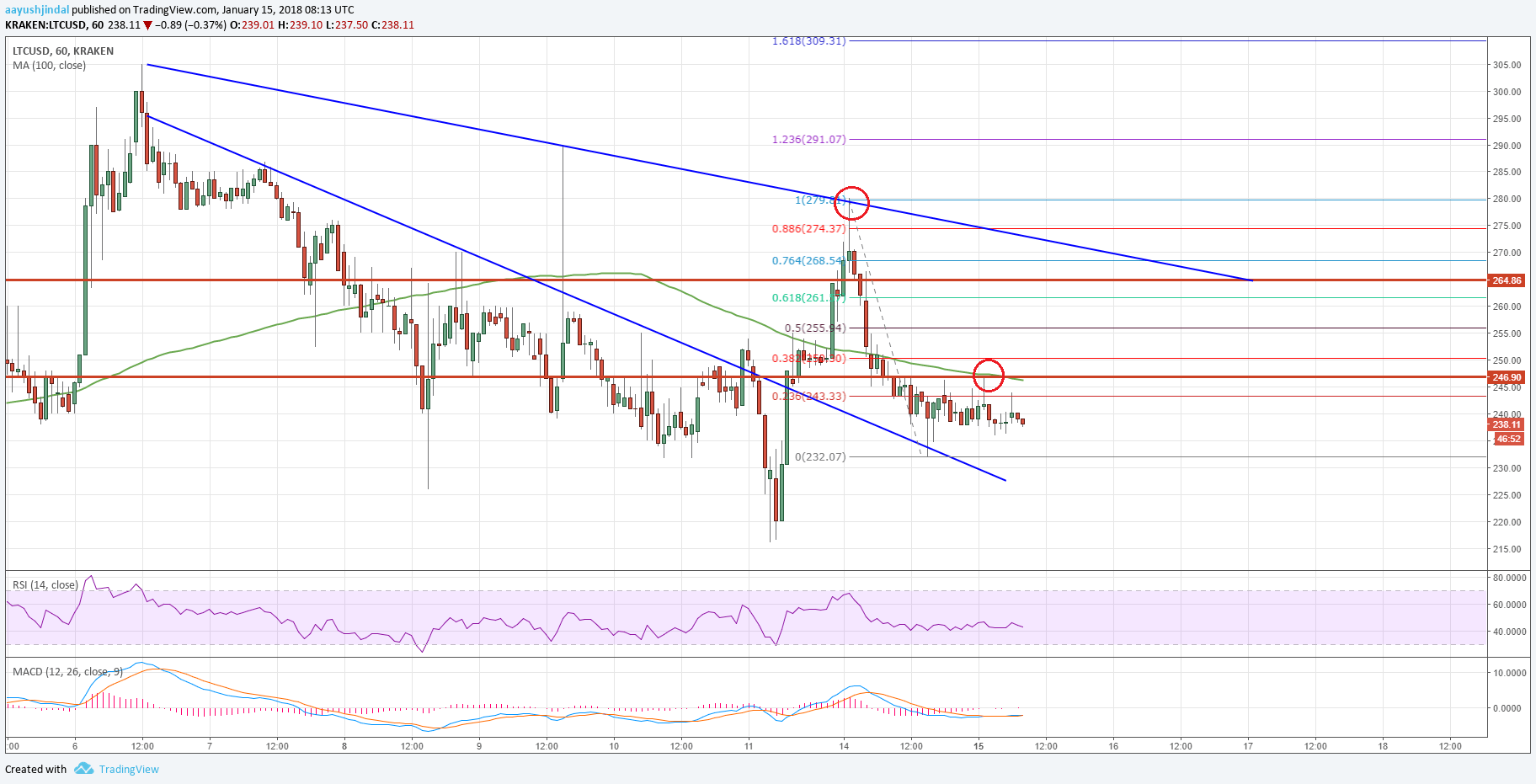 Litecoin price made a nice upside move before retreating below $250 against the US Dollar. LTC/USD has to break 100 SMA and $250 to move higher.

After trading as low as $216, litecoin price started an upside move above $220 against the US dollar. The LTC/USD pair moved higher and broke a few important resistances such as $250 and $260 to trade towards $280.

During the upside move, the pair broke a bearish trend line with resistance at $245 on the hourly chart. It cleared the way for more gains above $260 and the 100 hourly simple moving average. The pair traded as high as $279 where it faced sellers.

Moreover, a major connecting bearish trend line with current resistance at $265 on the same chart acted as a resistance. The price started a fresh downside wave and traded below $250 and the 100 hourly SMA.

A low was formed recently at $232 and the price is currently consolidating in a range. On the upside, an initial resistance is around the 23.6% Fib retracement level of the last decline from the $279 high to $232 low at $245.

The stated $245 resistance is also around the 100 SMA. A break above the $245-250 levels will most likely push the price towards the same trend line with resistance at $265.

A proper close above the $250 level followed by the bearish trend line is needed for litecoin buyers to gain upside momentum. On the downside, the recent low of $232 is a decent support. However, the most important support for LTC/USD is at $220.